I looked down, remembering again to try and take in the details. The pastoral print of our tablecloth showed a scene of peasant farmers in repose and gave the simple plastic furniture an air of rural whimsy, as if you might enter into that drawing and spend the better part of an afternoon trying to reach its cottage in the distance. And in a way, I suppose that’s exactly what I was doing.

I spotted my order as it moved toward us from the kitchen in pendular motions, the tray beneath it swinging from one table to the next. Like a belle marquise making her grand entrance at an event of high society, my dish didn’t travel in a straight line but seemed to pause for a brief exchange of social graces with all in its path – stopping here to pick up a paid check, there to drop off a wedge of gingerbread or cup of strong coffee. I waited impatiently until the plate made its final sweeping descent to our table:

Whatever it lacked in fancy presentation it made up for in confident simplicity. The best stuff, after all, needs no frills and would only be diminished by the flashiness on which lesser delicacies rely. I had in front of me exactly what the menu had promised: strawberries and homemade whipped cream.

Had it been just another summery dessert I would’ve wasted no time digging in. Had it been a random menu item I would have, in my usual fashion, spooned my way to the end before I’d managed to taste it. But to do so this time would be to miss a deeper appreciation than any temporary tingle of taste buds could offer. It would’ve also contradicted my very deliberate culinary mission for the day.

Three years had passed since I’d last seen the chateau grounds. I absorbed the majesty of it as we approached via the large southern roundabout, the car sweeping counterclockwise along the cobblestoned circle like an hour hand flicked backward against its mechanism.

The warm summer air had carried with it more visitors than we’d encountered last time, and while my intention was to lessen their diminutive impact on my own experience by imagining them as white-wigged 17th century courtisans under silk parasols, the intense heat of a long wait outside the admissions pavilion melted away my capacity for the fantasy.

Fortunately for us, and for everyone else, French chateau designers seem to have had one structural credo in mind above all others—keep it spacious—which left enough elbow room to occasionally snag an unobstructed view for those whose patience was still intact after the ticket wait. 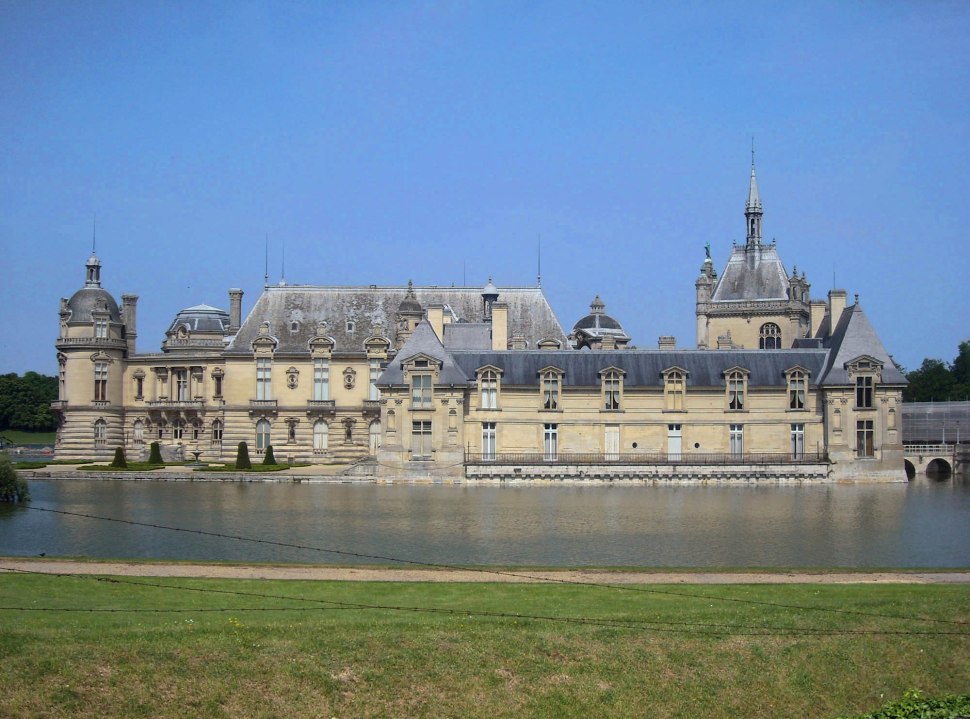 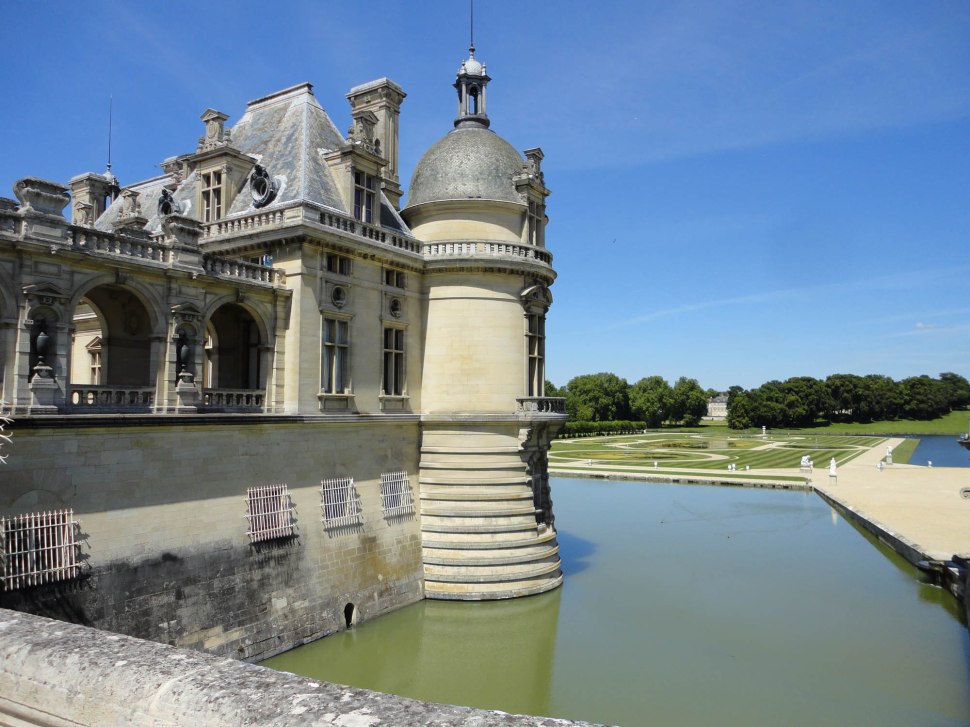 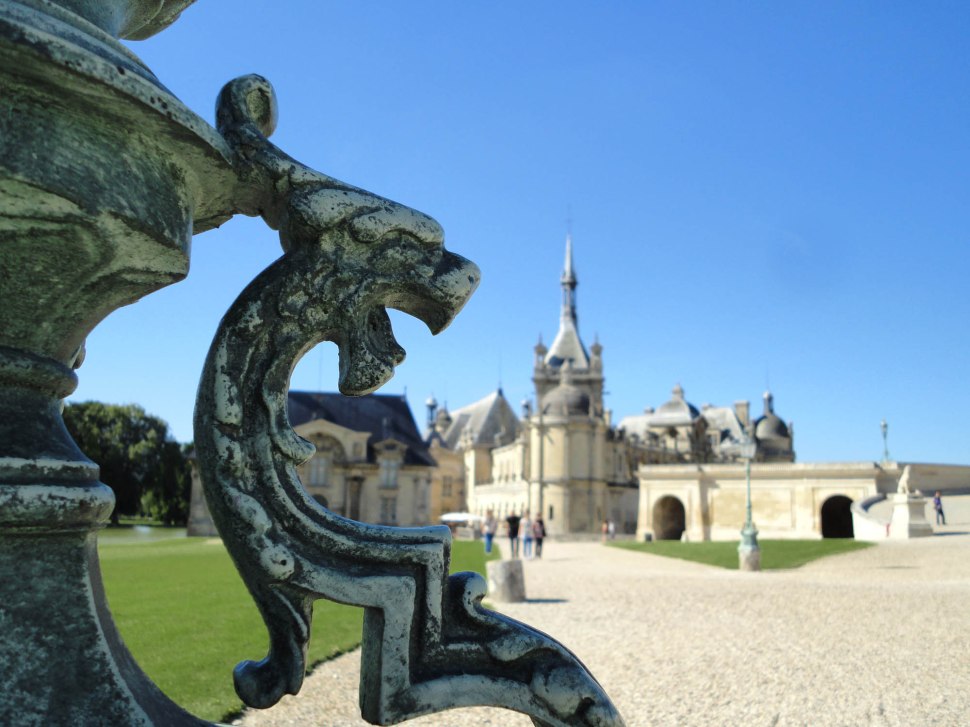 With the strawberries in question still a good two hours into the future, our eyes feasted first on the building’s varied interiors: from the rich, savory hues of the library…

…to the saccharine sweetness of the grand hall…

…to the guilty decadence of hundreds of high-caliber paintings squeezed to within mere inches of each other. 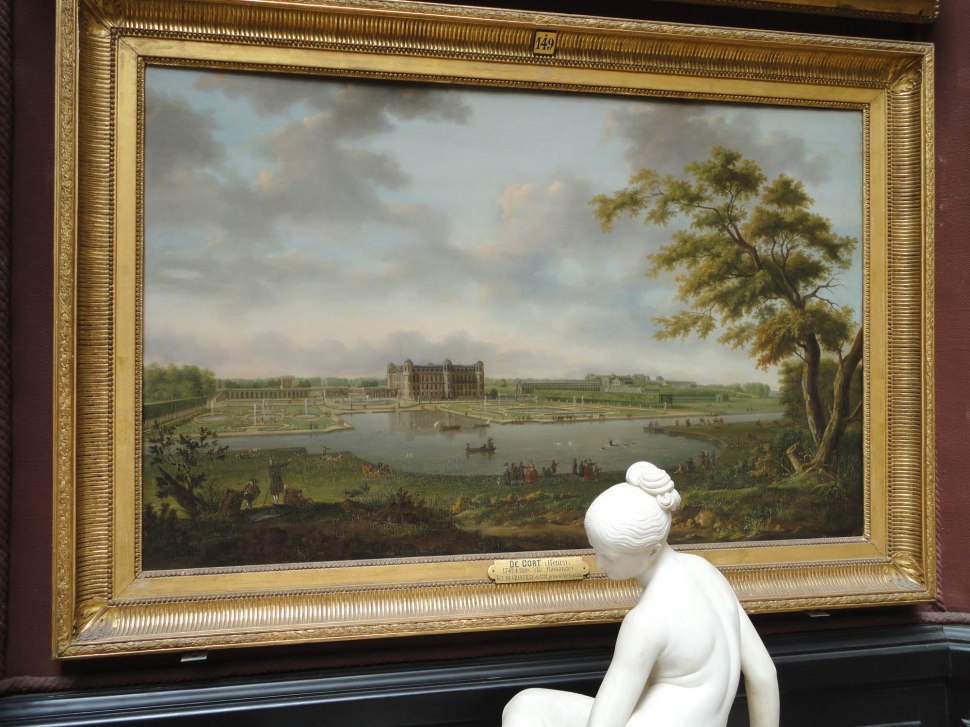 In terms of pre-19th century paintings this collection is considered one of the finest in France, second only to the Louvre. It represents the acquisitions of the illustrious Condé family, a series of princes related to France’s royal Bourbon bloodline. They inherited the chateau in 1643 after its previous owner had opposed the king and one day found himself, not surprisingly, separated from his own head. 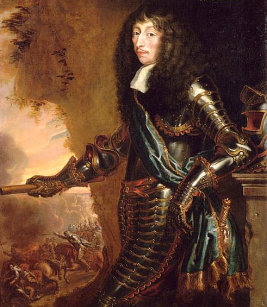 The patriarch of the Condé family, known as Le Grand Condé, did with his new home what every land-owning noble was doing at the time – he took to decorating, and he took to it hard. The nation’s new young sovereign, the formidable Louis XIV, was growing up fast and along with him an empire that would soon take over most of Europe and beyond. Anyone with family ties to that kind of power needed to show it off with, among other things, an awfully pretty backyard. For this reason Le Grand Condé called in André Le Nôtre of Versailles fame, to give the chateau an environment fit for king. 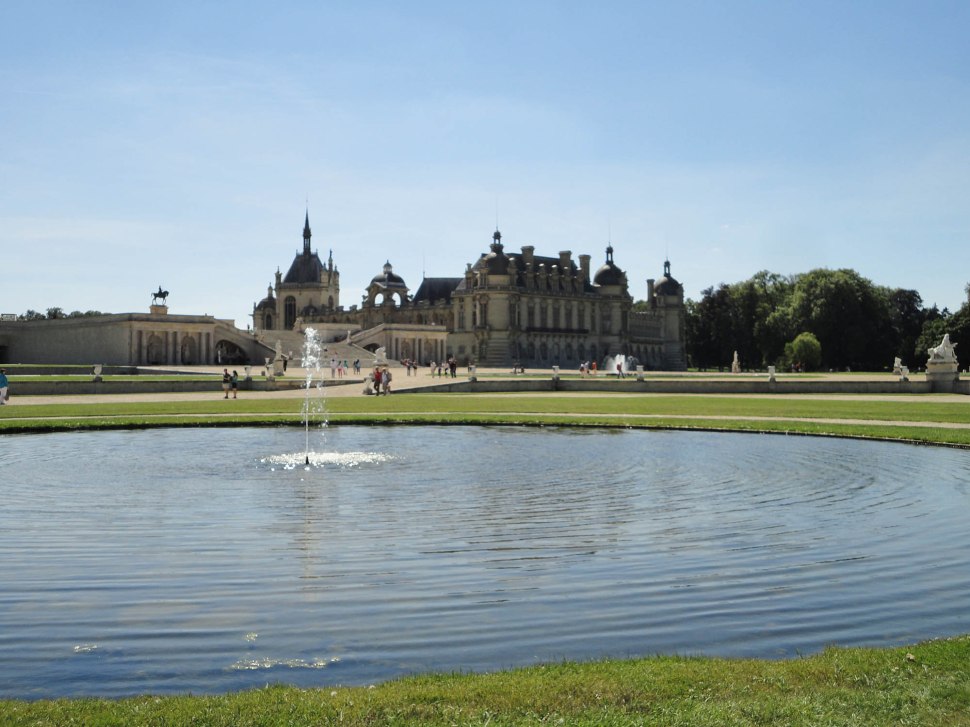 And the king would visit in 1671, which incidentally walks us further toward my strawberries and whipped cream. Because that extravagant three-day festival that welcomed Louis XIV and his royal court to the chateau, with all the eating and dancing and fornicating, would set in motion a long-lasting tradition of grandes fêtes on the premises. This tradition of luxurious outdoor shindigs at Chantilly would continue for two more generations before the Revolution arrived to shut it down.

It was during one of these latter royal parties in the late 1700s, by then hosted by Le Grand Condé’s grandson, that the garden festivities were relocated to the nearby Hamlet. The Hamlet is a sort of simulated Disney-style country village, a fantasy land where the grandson and his entourage could experience the kitsch of “slumming it” without the downsides of dirtying their stockings or mixing with actual country folk. Cottages were stylized for maximum charm and cliché, of course.

It’s here where the story of the chateau and the significance of my outdoor snack will converge, for it was in this Hamlet those 200+ years ago that a new culinary discovery graced the aristocratic dessert table for the first time: a simple blend of chilled heavy cream, icing sugar and vanilla whipped by hand until stiff.

They say it was at that moment, here in the garden, that la crème Chantilly – a.k.a. Chantilly Cream, a.k.a. “whipped cream” – was born. It blew the guests away that night and would take the upper class by storm, forever retaining the name of the chateau where it all started. 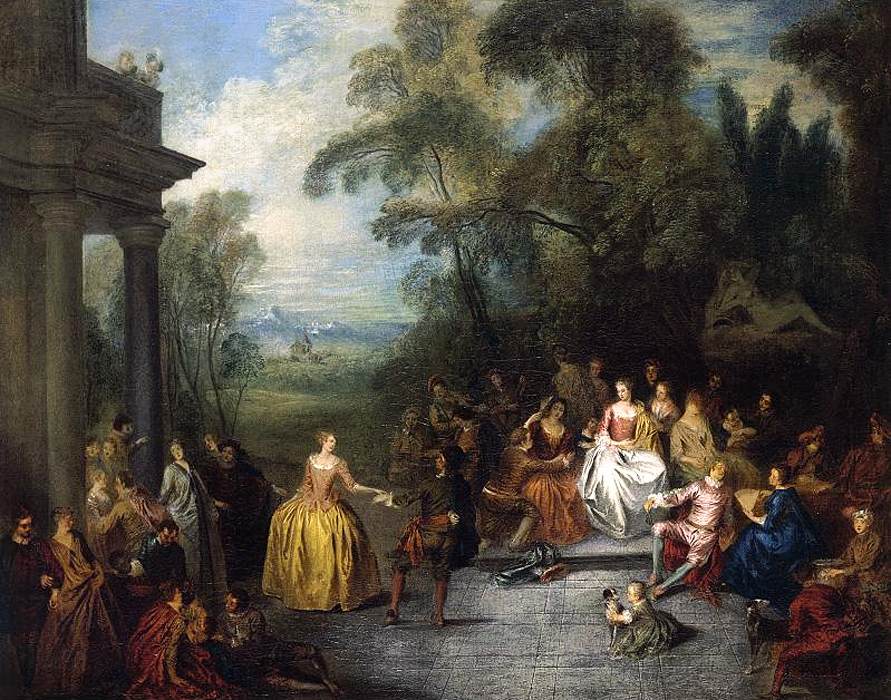 That’s what had brought me to the simple plastic table in the Hamlet of the chateau on a warm summer day. I wanted to taste real Chantilly cream, in Chantilly, in the same spot as all those royal costumed characters I see in my mind and in history books. They tasted it here for the first time, and I tasted it here for the first time, under similar July sun and the same chestnut trees. There’s something satisfying about that, as if history’s timeline was like a silk ribbon able to fold back on itself, or an hour hand to be flicked back against its mechanism.

The cream was rich, buttery, smooth, and all of the other superlatives one might expect. It was sweet and vanilla without going overboard. Compared to the commercial version I’ve grown accustomed to it was almost a different species, inviting you to consider the possibility that you’ve maybe never really known whipped cream at all. There’s a story hidden within those flavors and textures, and maybe with a bit of imagination it’s not so hard to see how the delicacy, refinement, and sumptuousness of la crème Chantilly are simply a representation of the era that bore it.

The surrounding city would become renowned for other luxury products, notably its porcelain and world-famous Chantilly lace. And in addition to all those fine paintings on the walls, the chateau contains in that lovely library a vast collection of rare books and medieval manuscripts. But given the choice of all those, I’d be tempted instead to spend my time in the quiet corners of the country garden, nursing another plate of the house dessert and enjoying whatever tales it might tell, one spoon at a time.