A typical Monday for me includes rounding up my prettiest photos and posting them on social media. I’m one of those folks who bought into the dreamy romanticism of Paris long ago, and it’s been a thrill to share that sense of wonder and discovery with like-minded people.

Obviously that dream has been moved far beyond our grasp at the moment. The city’s colors may still be there, but they’re muted. On this Monday, the City of Light has dimmed to a city of reality.

However I do have a couple of photos to share today, not despite the tragedy but because of it. Two photos I recently took, which were destined for no more than a quick Instagram post, have taken on a more profound meaning.

I took this one last week near the Canal Saint-Martin. It’s a neighborhood I frequent often: I give tours here, I sit in cafés with friends and family, and I’m currently researching addresses for a travel article. This antique hotel sign and cute little lamp seemed worth capturing:

If you look closely there’s a small patch of maroon in the lower left-hand corner. It’s the neighboring café, Le Carillon. I had barely noticed it at the time–just an average place like you see on so many street corners. I took this photo on November 11th.

On November 13th, fifteen customers were massacred in cold blood in front of the same café.

Likewise, minutes before I had taken the hotel picture I was admiring a leaf at my feet: 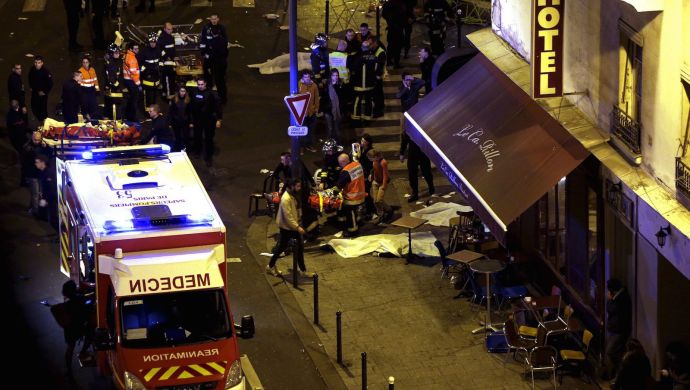 On the right-hand side you can make out the same hotel signs from my first photo, with the same little lamp. Though I couldn’t have known it at the time I was standing on a future terrorist attack site. One that would live in infamy. It goes without saying that had the attackers decided to move their plans forward two days I could’ve been…well, yeah.

And there are certainly those who had closer calls than me: Ana, a friend and fellow tour guide, was asked to replace me on one of my tours because I couldn’t get a babysitter. That last-minute rescheduling forced her to cancel plans to see a concert at the Bataclan theater, the same theater where 89 people would later be gunned down.

But these tragedies should be about the victims, not the almost victims. In the end nobody counts in this story except them. So I want to share one more photo that’s been floating around. These are some of the faces that will never be seen again on the streets of Paris.

Over this past weekend I told my wife a few extra times that I love her. I squeezed my baby girl a bit tighter when she flashed a smile up at me. I finally made that Skype call to my family overseas to catch up. And it was all in honor of those faces above.

One day soon Paris will find her feet again. Her colors will come back into focus. They always have. And I, like many others, will go back to sharing the charming and whimsical views of this city. A few pretty photos on social media may seem superficial in comparison to such a tragedy, and indeed they are. But I hope that in some way it’ll serve as a testament to the unshakable soul of Paris and the beautiful inhabitants that make it so.

That will be my intent, at least. I’ll leave with one last photo, something I made over the weekend using Rodin’s “The Kiss”. Take care everyone, and let’s take a moment to appreciate how lucky we are. 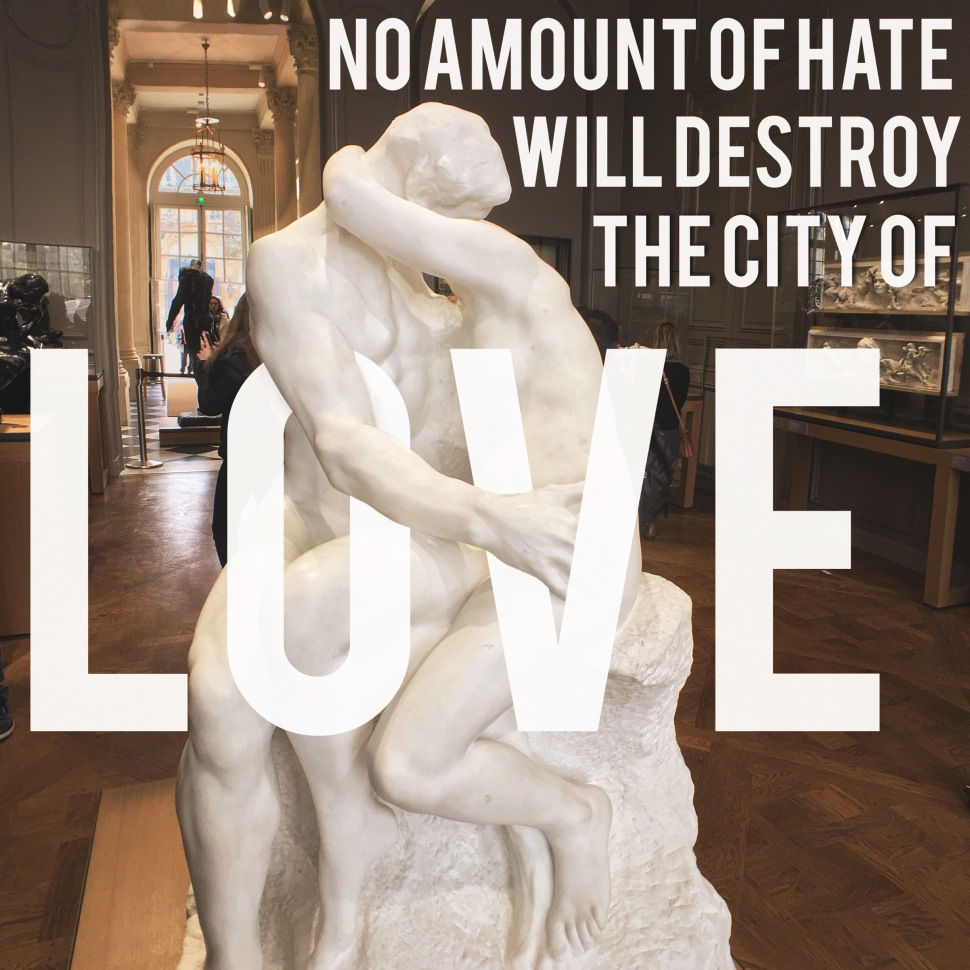