France has fallen in love with a lot of ladies. It’s a pattern throughout history really – the country notices a girl…it’s intrigued…maybe a bit skeptical at first. Then familiarity leads to undeniable interest, as respect from a distance grows into a need to be closer and become part of her world, followed by unbridled love, which often morphs into flat-out idolatry.

That’s why our cathedral in Paris is called “Our Lady”, why our patron saint is the protective Geneviéve, and why even today the French Republic is represented by Marianne, a national symbol of liberty and freedom. They take their women seriously here in France, as is evident in Delacroix’s 1830 “Liberty Leading the People”: 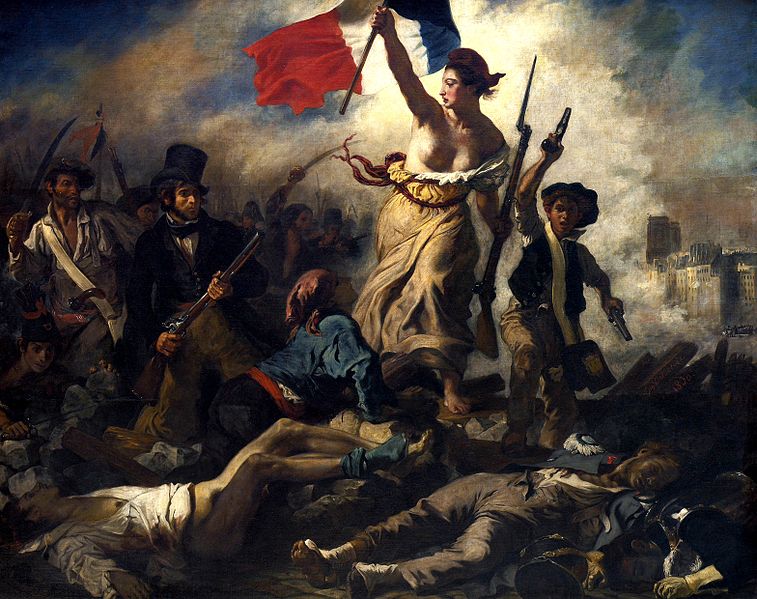 I admit, it’s not thoroughly clear why she had to be topless here. We’ll chalk it up to the Euro lifestyle.

Among all of France’s love affairs however, there’s a teenage farm girl from the war-torn 15th century that will always go down as one of its favorites. At the tender age of sixteen she approached the king of France, claiming that voices from Heaven had urged her to join the fight against the English army. The giggles and sniggering of the royal court were promptly squelched when they noticed that the king wasn’t laughing. In a time where religion was the be-all and end-all, battles were considered to be won or lost at the hands of the Lord himself, and the sovereign wondered if this little girl was indeed the miracle he needed to win the relentless Hundred Years’ War. Joan of Arc was, quite possibly, sent from God. 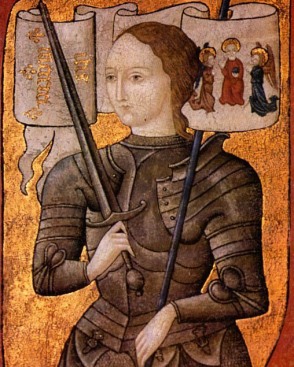 She didn’t know how to ride a horse. She knew nothing of battle. Contrary to so many depictions of her, she didn’t even like carrying a sword and often led her soldiers by simply holding a banner representing their noble crusade. But she somehow possessed all the courage and purpose of a seasoned commander and managed to secure victory after victory, and with each success she was welcomed further into the hearts of the collective public. It couldn’t last forever though. At age 19 she was captured, sold to the enemy, and held prisoner in the town of Rouen, in a tower that I was lucky enough to visit over the summer. 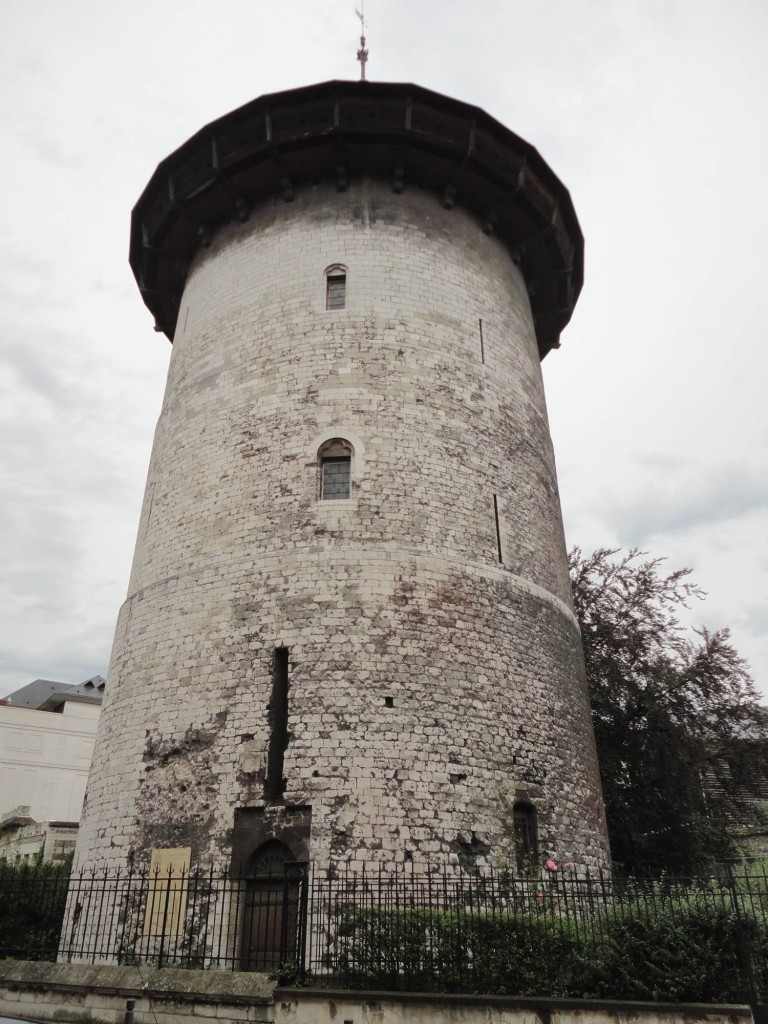 A short walk from the tower is the place where she was famously burned at the stake for being a heretic. On the left my touristy pic; on the right German painter Hermann Stilke offers a more poetic view.

In a tragic case of better-late-than-never, the church soon re-examined the corrupt trial against her and decided she was in fact innocent of the charges. This validated her memory and fueled her legacy as one of a heroine, someone who defied the odds and helped France survive the longest war Europe had ever seen. This reverence culminated in the Pope canonizing Joan of Arc in 1920, officially securing her place in history as well as elevating her to Christian sainthood. It’s for this reason she can be seen throughout Paris, often clad in armor and looking awfully determined, as in this statue inside Notre Dame Cathedral.

While the exact day of her birth was not recorded, it has been speculated that she was born on January 6th, 1412. Which of course merits a warm expression to one of France’s most intriguing and enduring ladies – Happy 600th Birthday Joan of Arc!