In springtime this city doesn’t just get warmer, it gets wetter. Beneath one of many March rainstorms I ended up in the 9th arrondissement, which I adore so.

There’s a lot to love in this area; you’ll find visuals that span the gamut from the quotidian to the grandiose. As I fought to keep my battered 10€ umbrella intact (I really need to tap into a higher price point of weather-related merchandise), I spotted some courtyards and a café along Rue de la Grange Batelière. 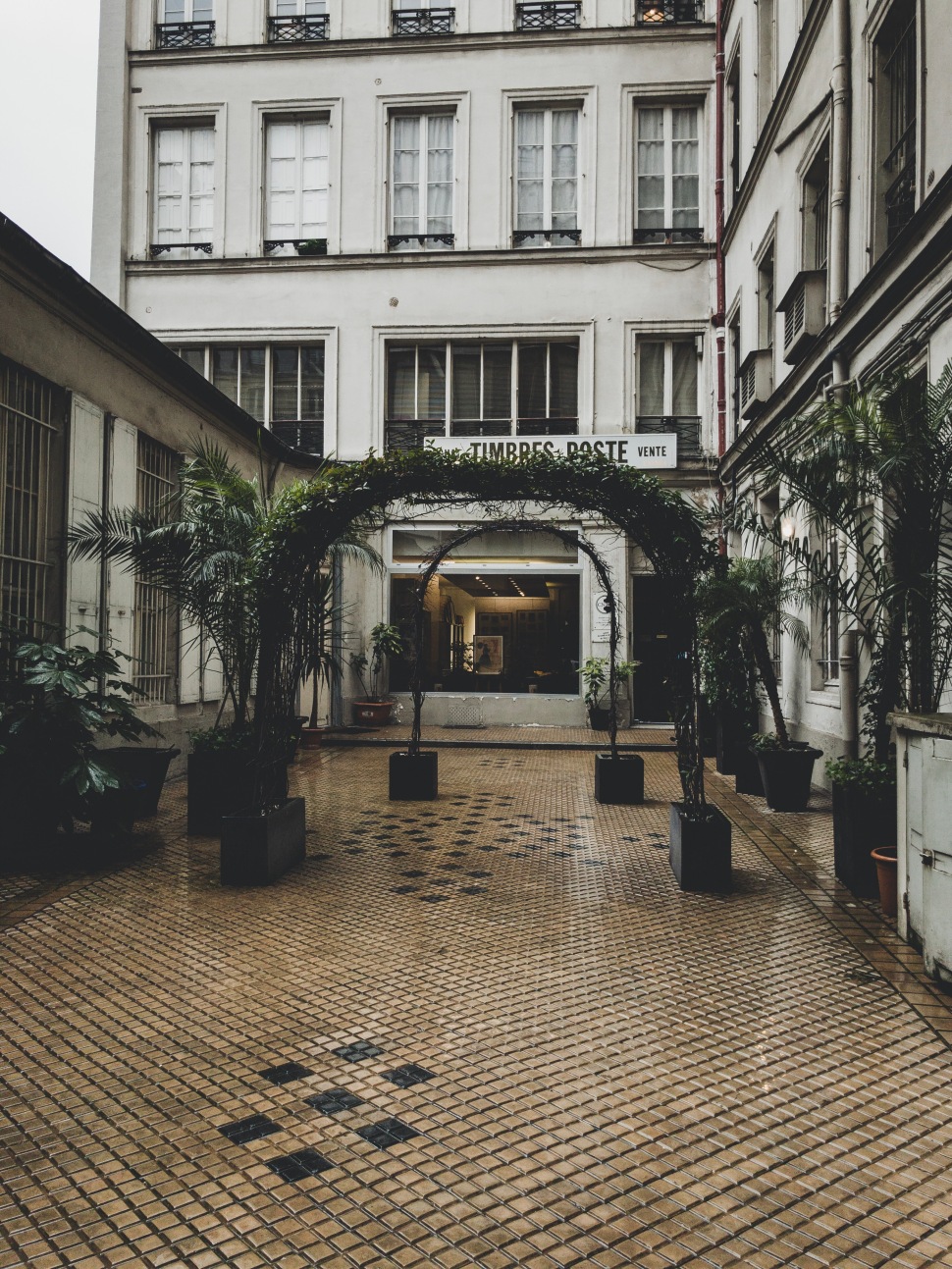 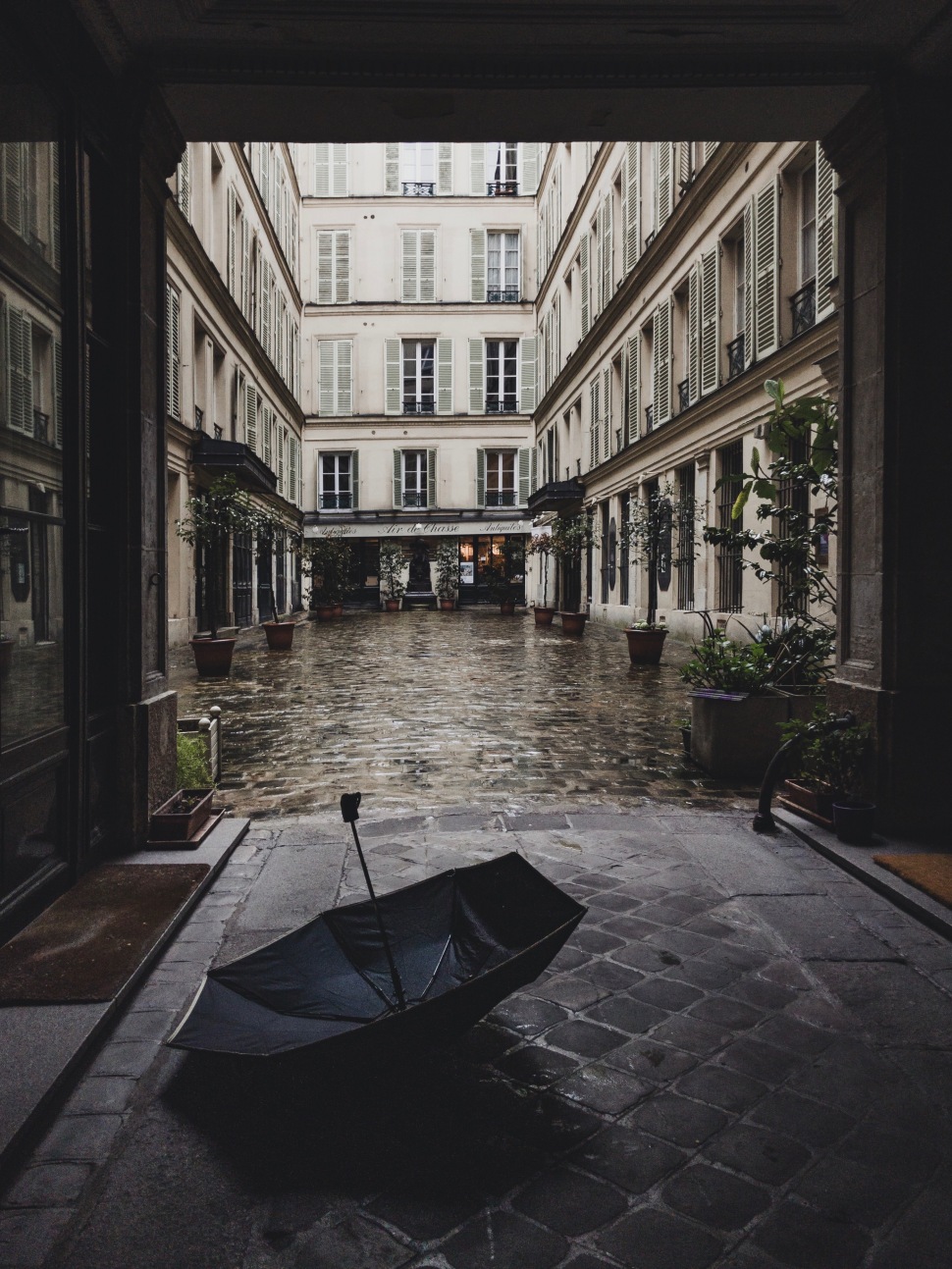 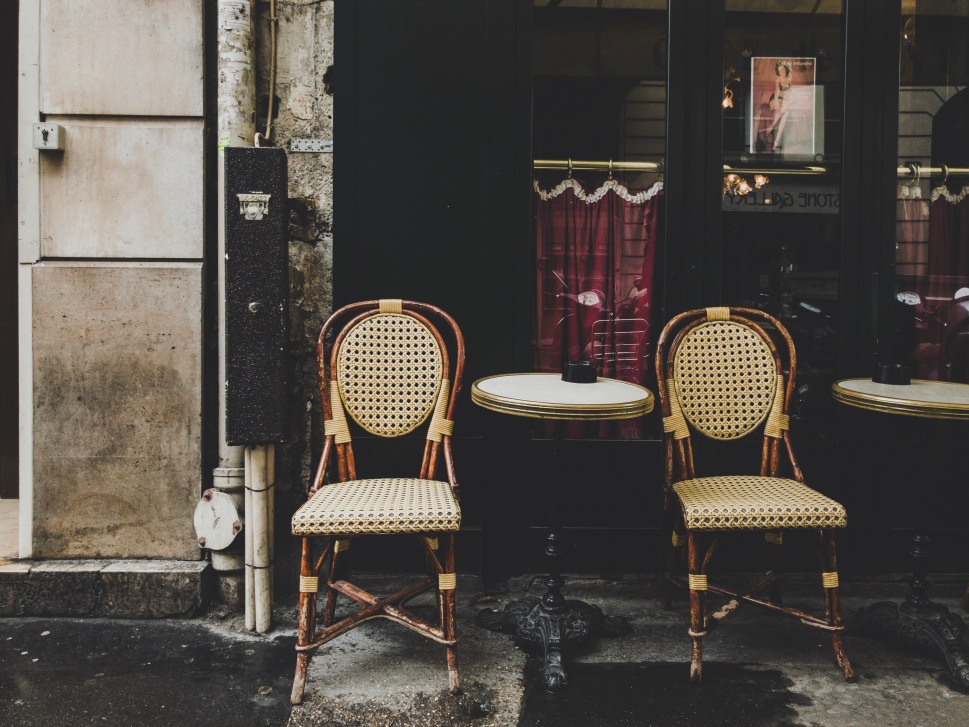 This path led me to a ceiling that Paris lovers know well, that of the Galeries Lafayette. The glass dome is from 1912, the same year the Titanic sank. It’s a random fact but I like putting things in context like that. 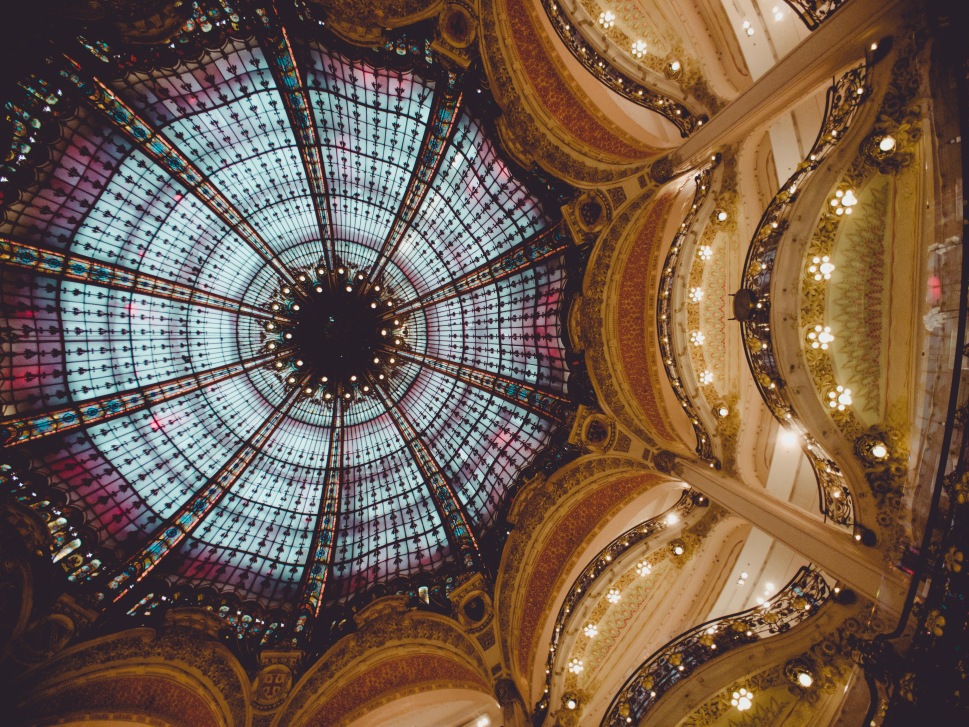 What a great example this building is of how shopping was elevated to an art form. The early department stores invented new concepts like putting price tags on merchandise, allowing women to touch and try before purchasing, and even catalogues being sent your home – oh the modernity!

They say some women would spend 12 hours a day in these spaces, and with a canopy like this who can blame them. 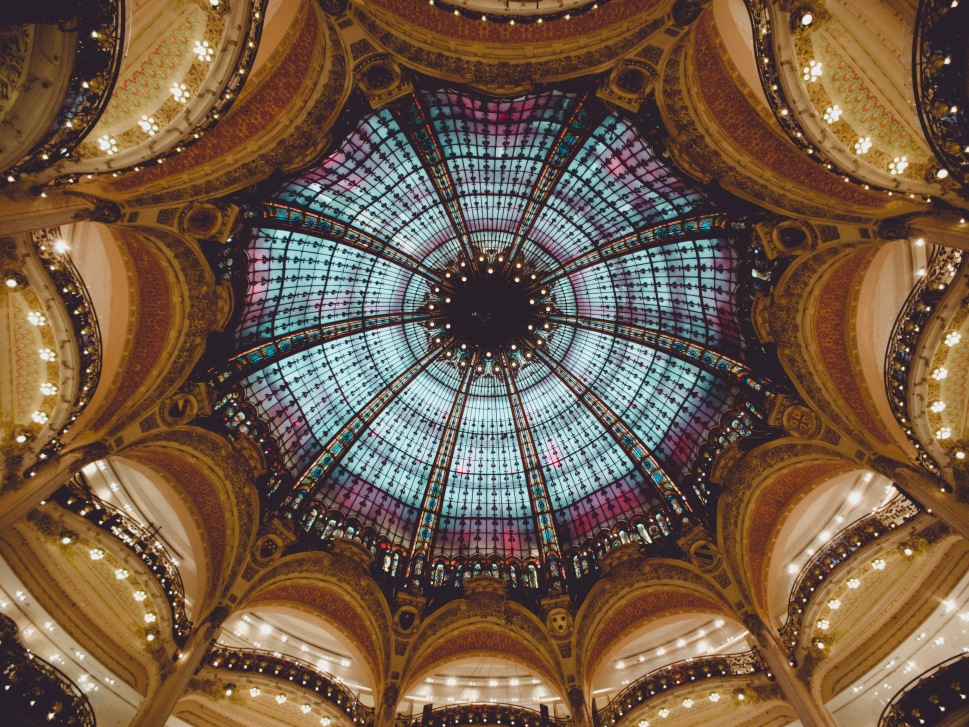 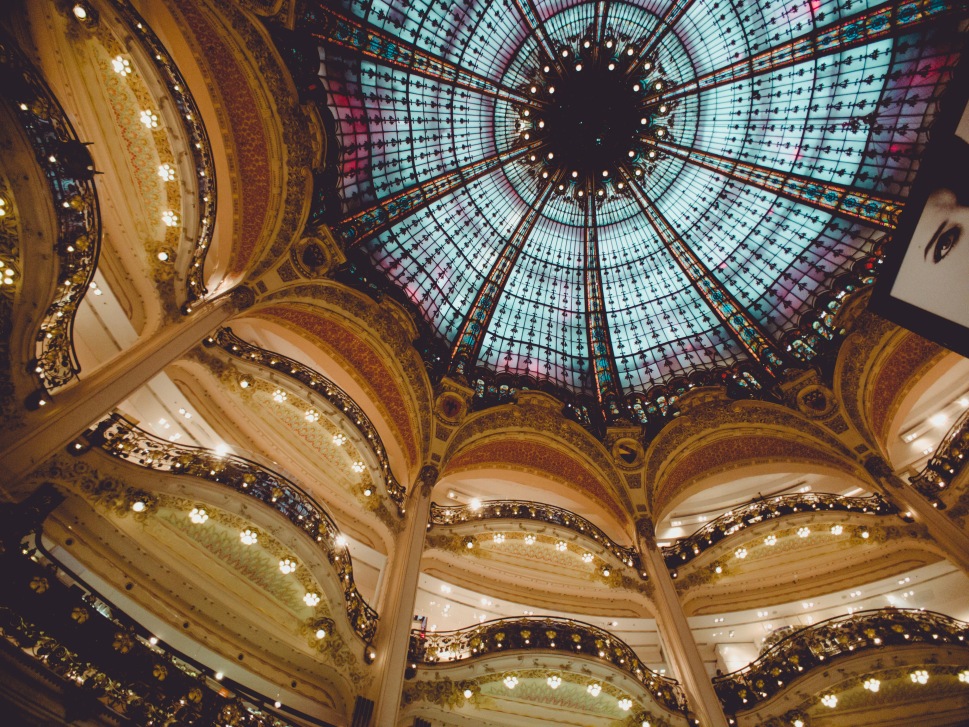 As if 1912 didn’t make this area elegant enough, across the street in the same year the headquarters of megabank Société Générale was inaugurated. It’s one of my favorite hidden spaces I’ve ever come across. 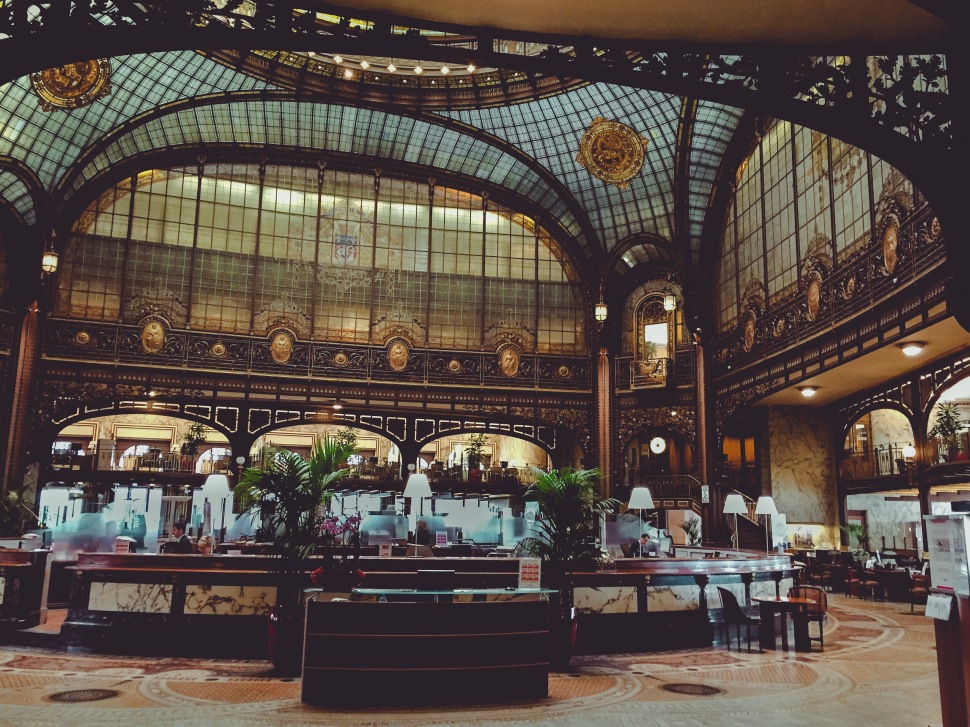 If you decide to enter this rather Harry Potter-esque interior at 29 Boulevard Haussmann, be aware of two things: that there’s a beautiful armored vault to see downstairs, and that photography is strictly forbidden in the building. How did I get this shot? A guide can’t give away all his secrets!

And because every flaneur needs his fuel, I made another stop in my continued quest to find the best burger in Paris. This day’s contender was an eatery called Moutarde Street at 23 Boulevard des Italiens. 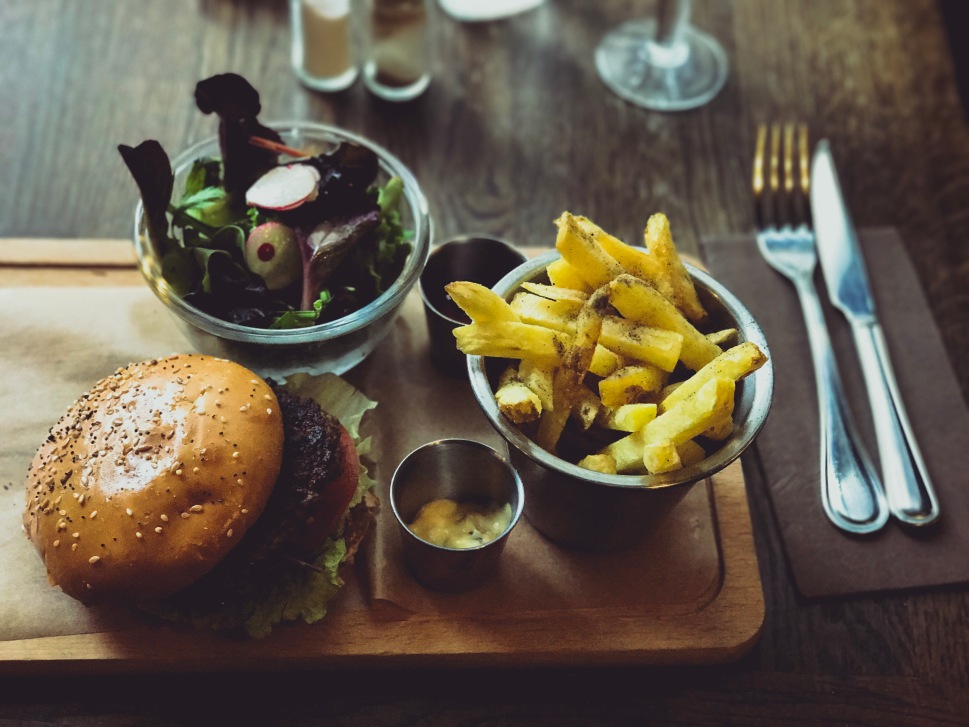 Clearly the meal was up to my photographic standards, but would I brave another rainstorm for it? Let’s just say I may need to tap into a higher price point of burger-related merchandise…

But let’s cleanse the palette with a fun address you’ll want to check out when in the 9th arrondissement. It’s quite possibly the most beautiful Starbucks on God’s green earth, at 3 Boulevard des Capucines. Housed in a former aristocratic home from the 19th century, it’s the best way to pretend you didn’t just overpay for a syrup-laden, mass produced quasi-coffee beverage. Oops, I may make a few enemies with that comment (I actually do drink here from time to time). 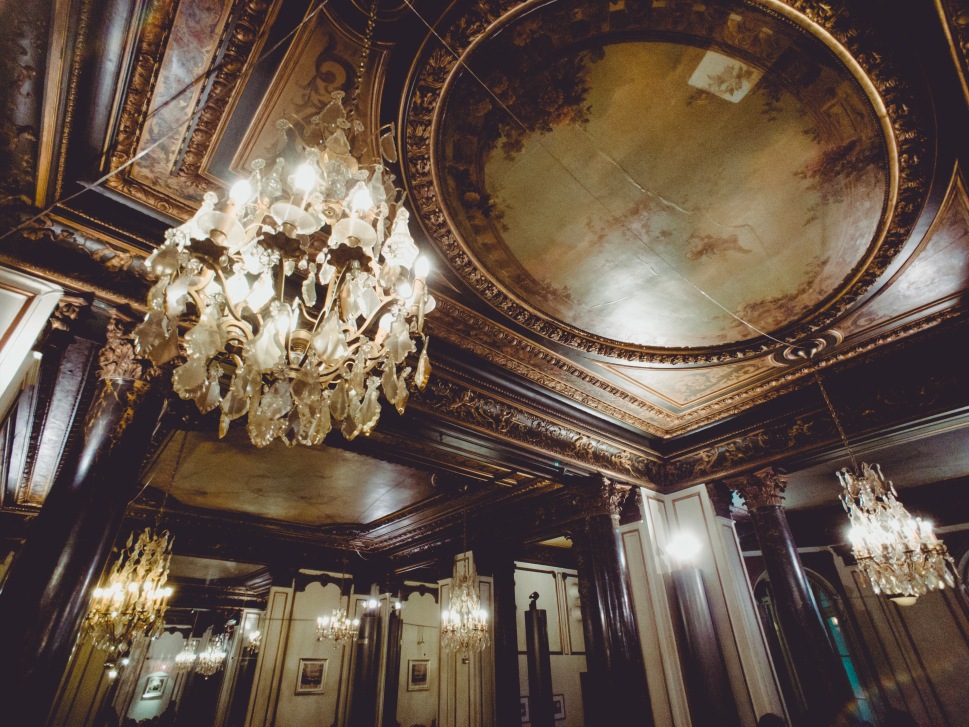 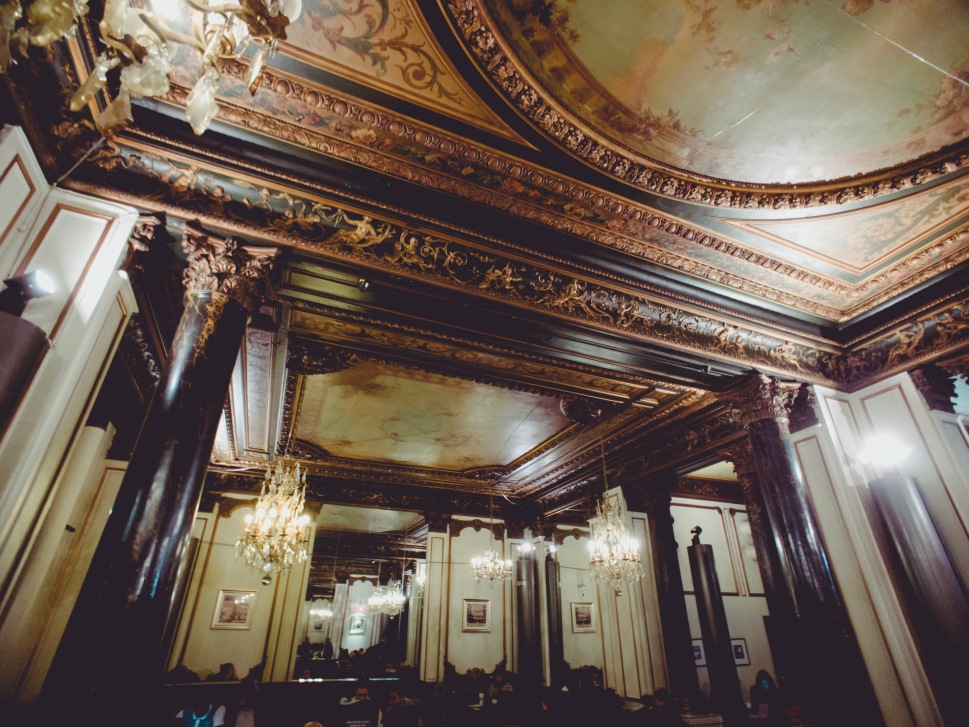 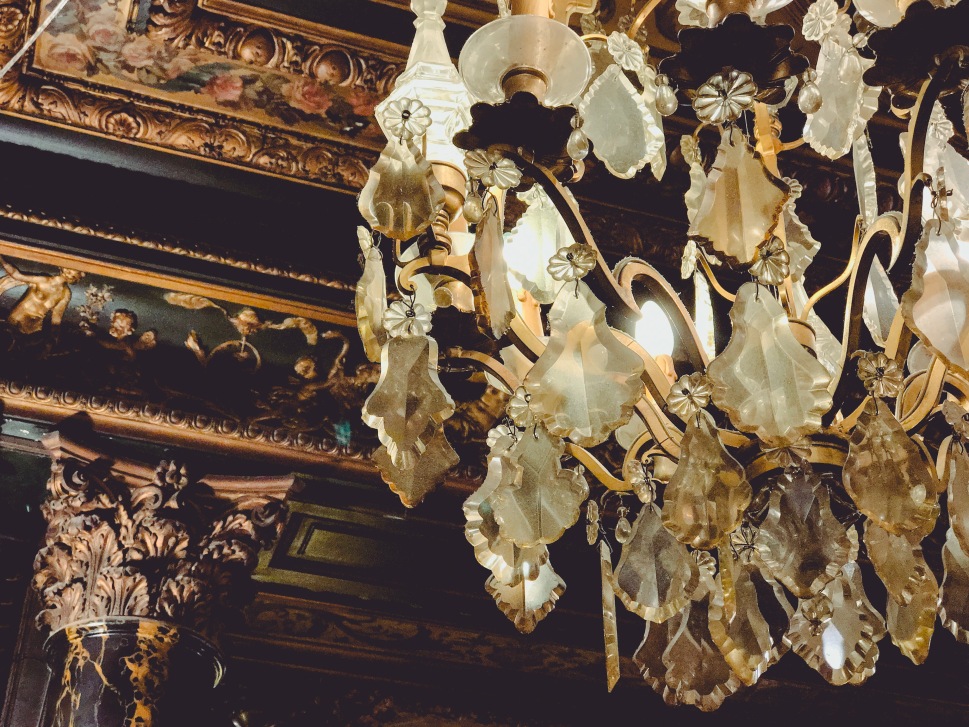 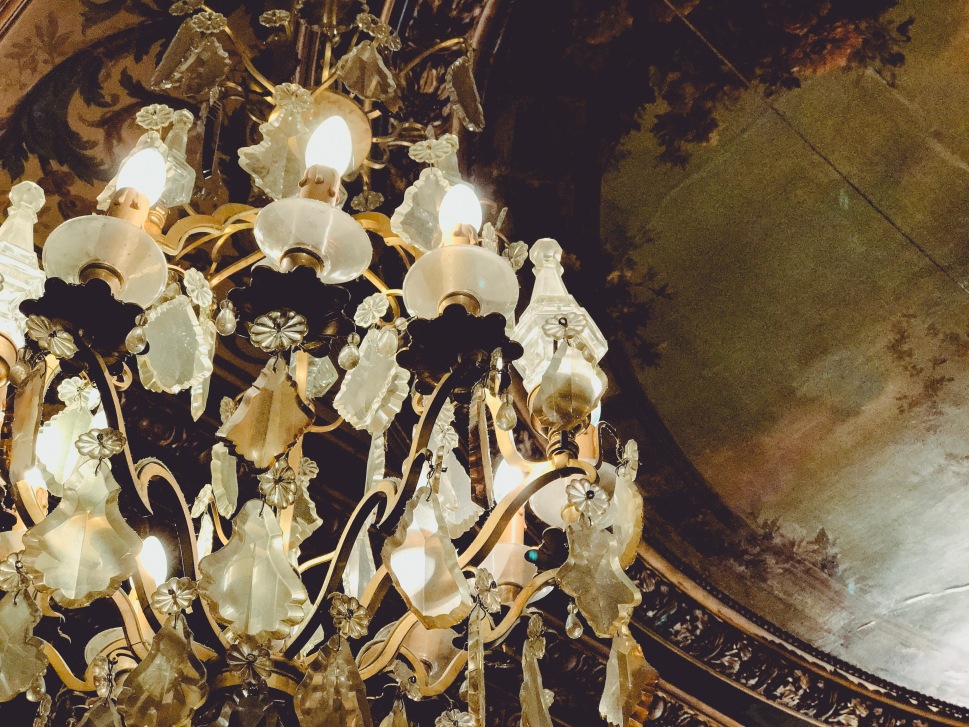 I finished this walk with a place I often finish this walk with. I’ll never get tired of gawking at the Opéra Garnier, and if I ever do take it for granted that’ll be a sad day indeed. 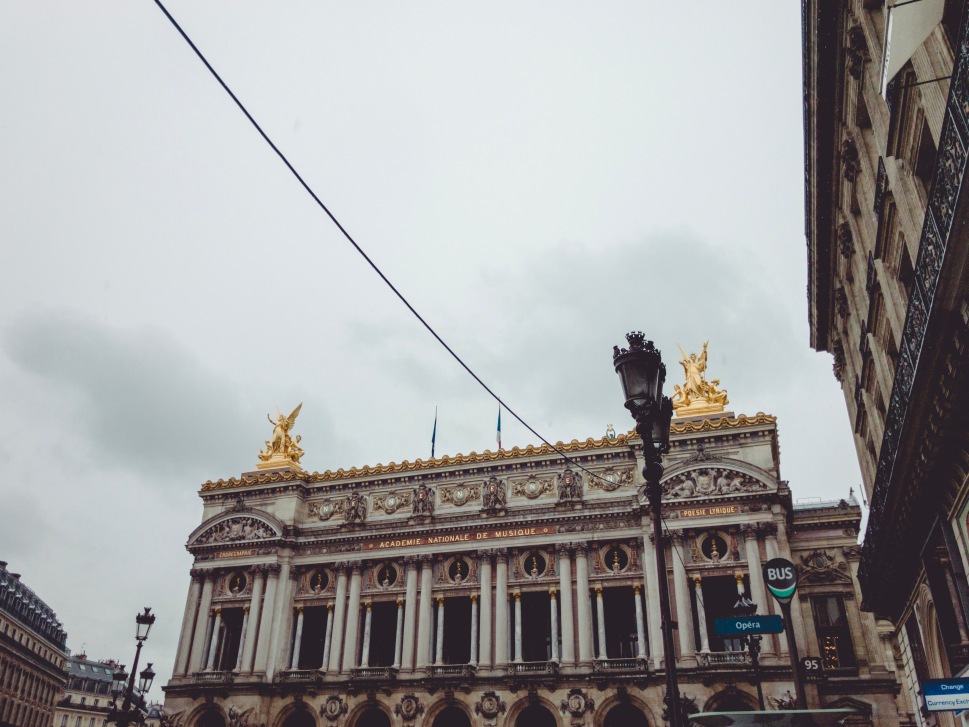 The building and square that surrounds it were thoroughly imbibed with the day’s precipitation, and I didn’t just love the moodiness of the light but also that so few people were outside. That alone is a rare enough experience to warrant a mini photo shoot. 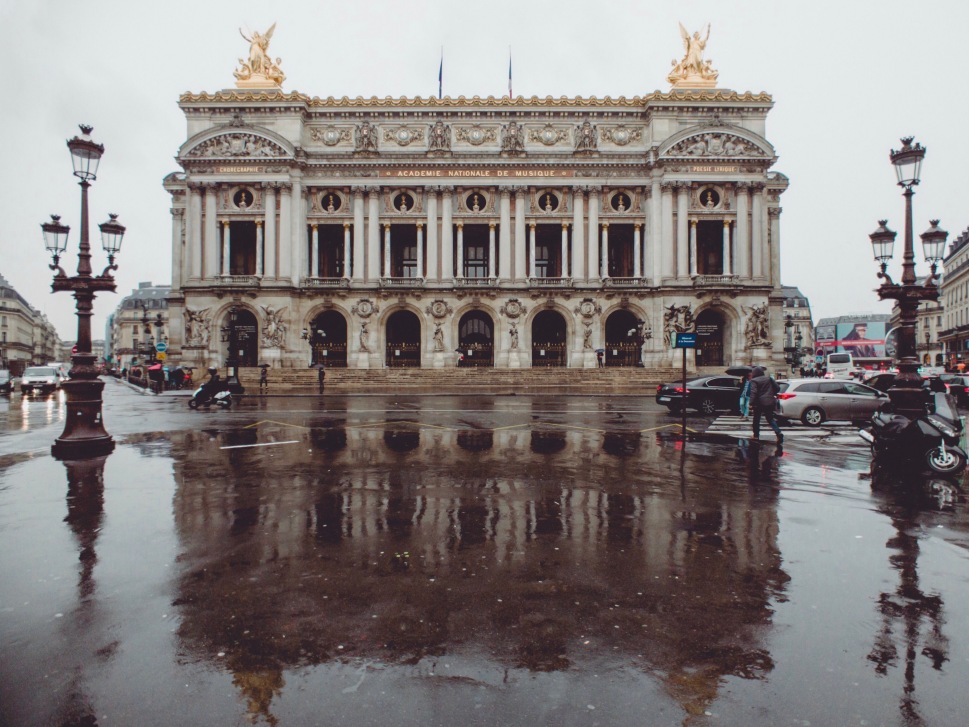 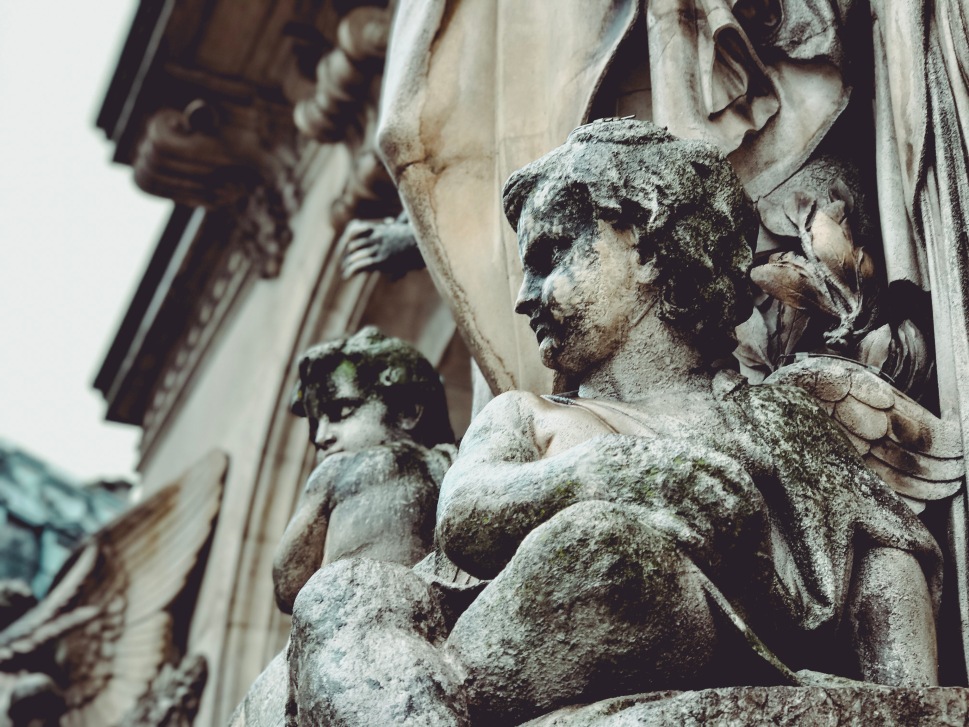 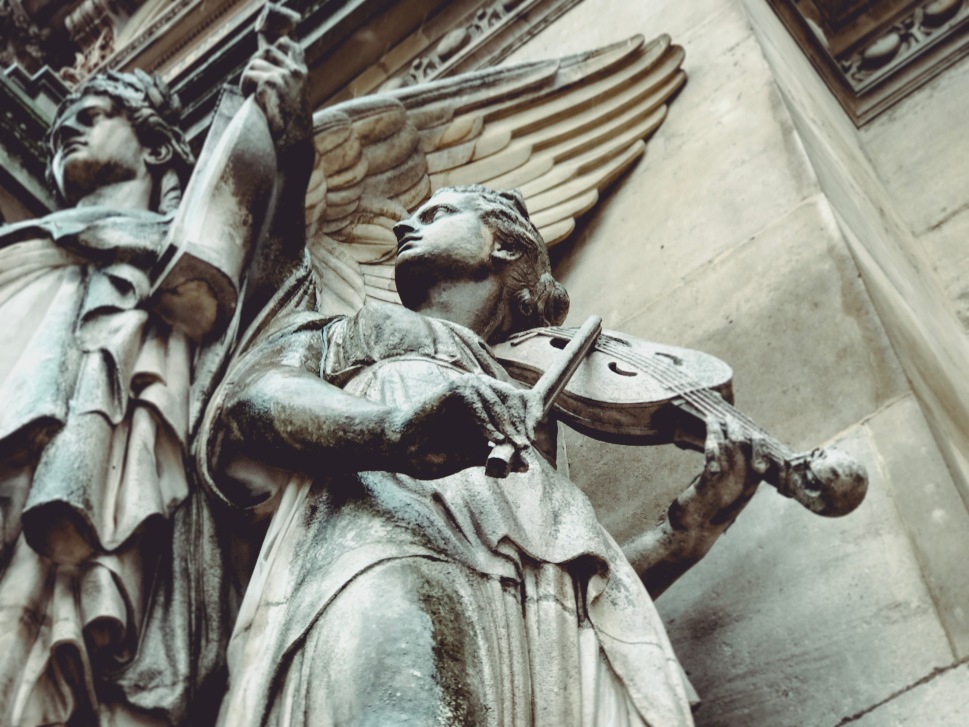 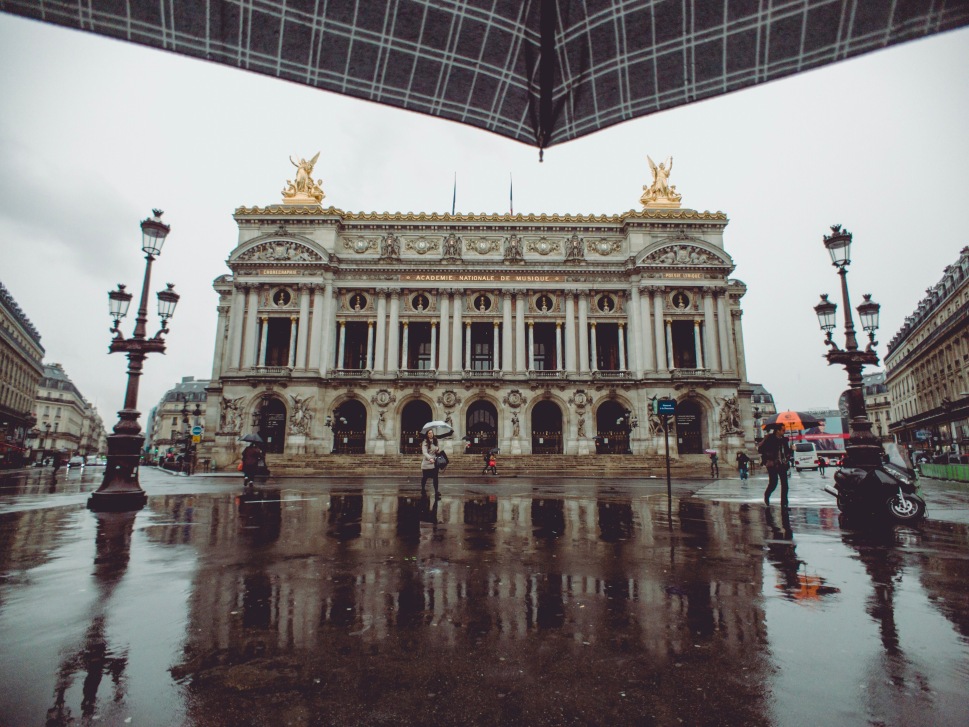 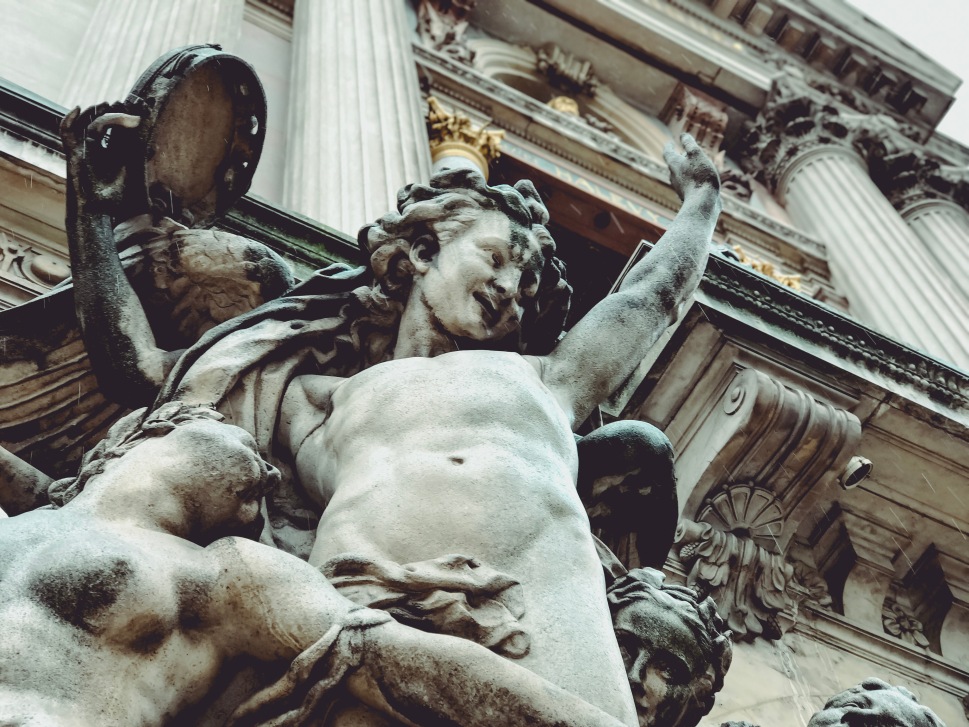 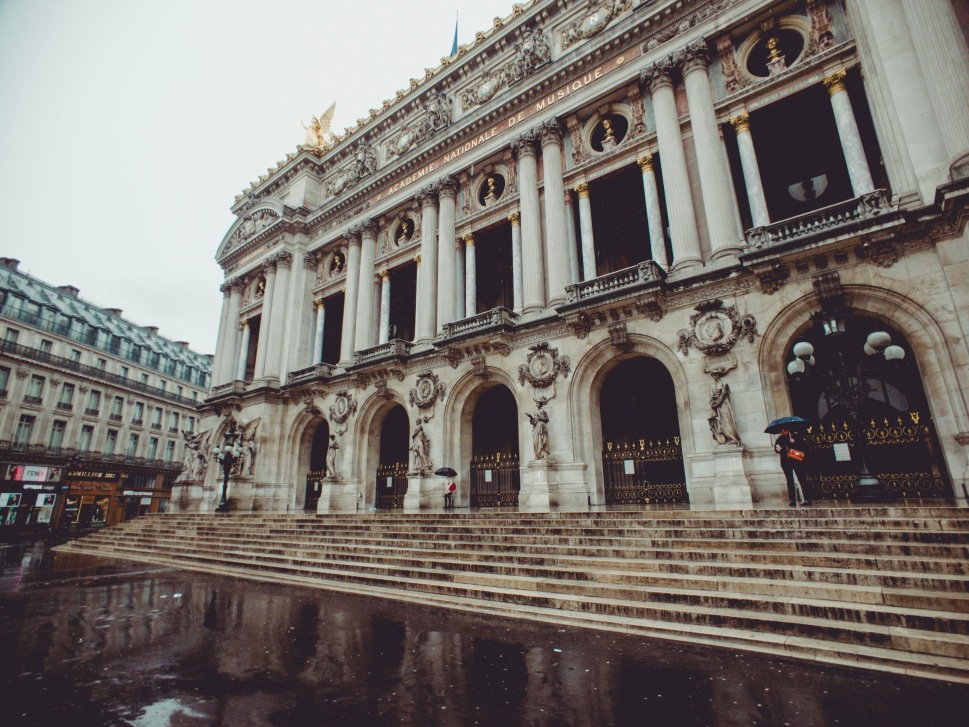 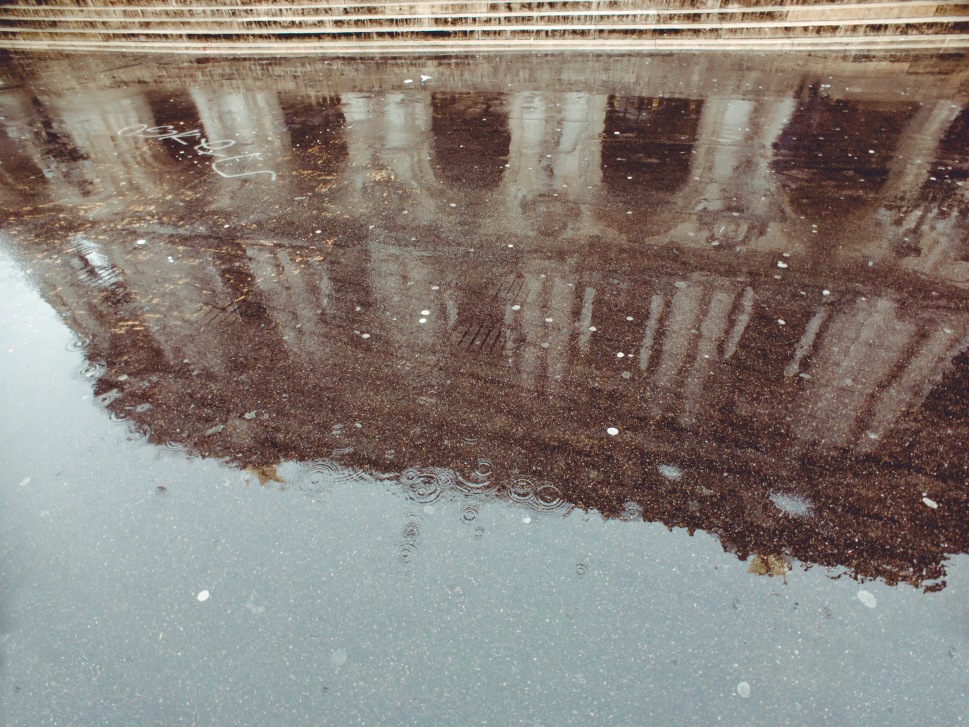 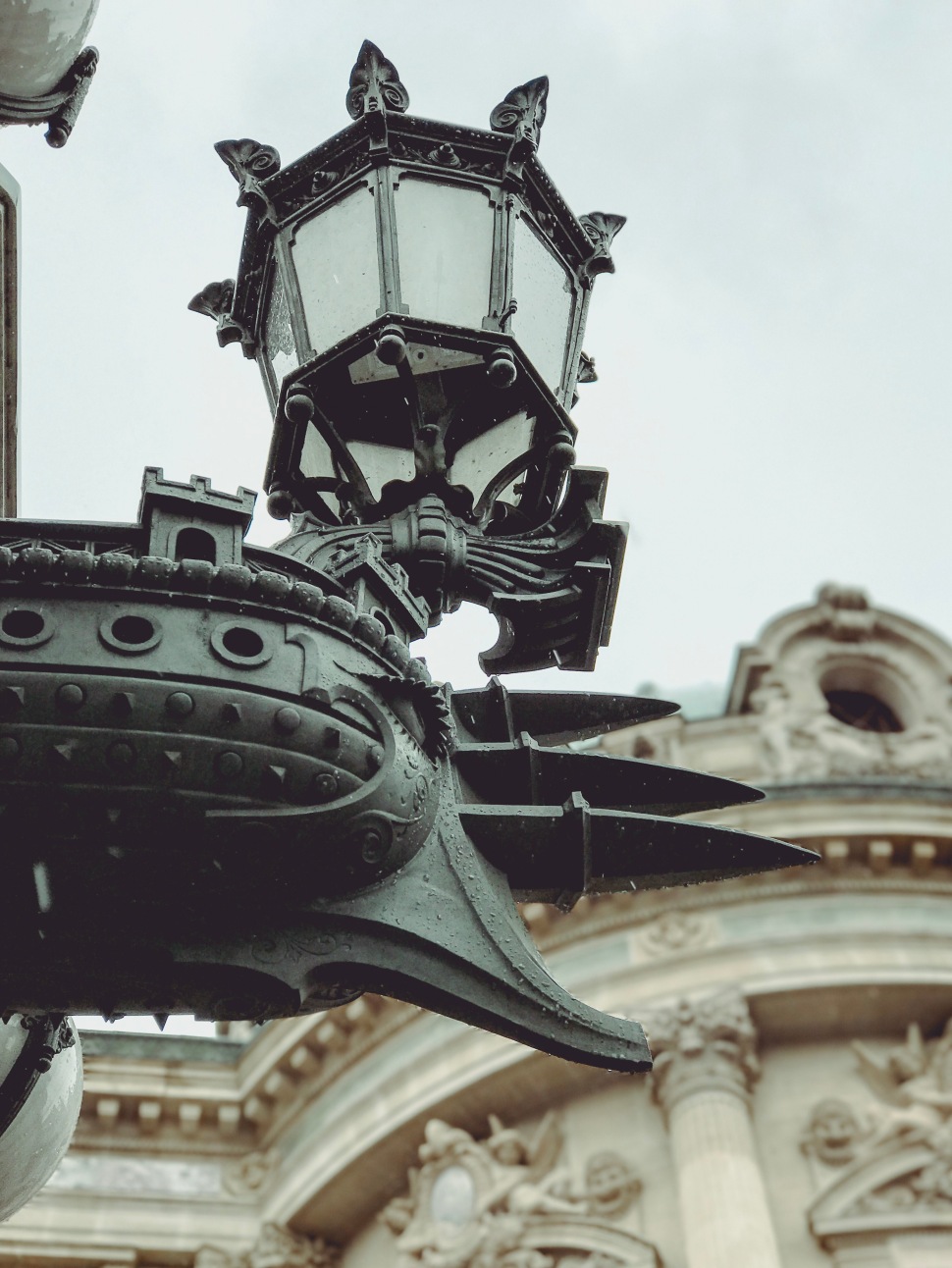 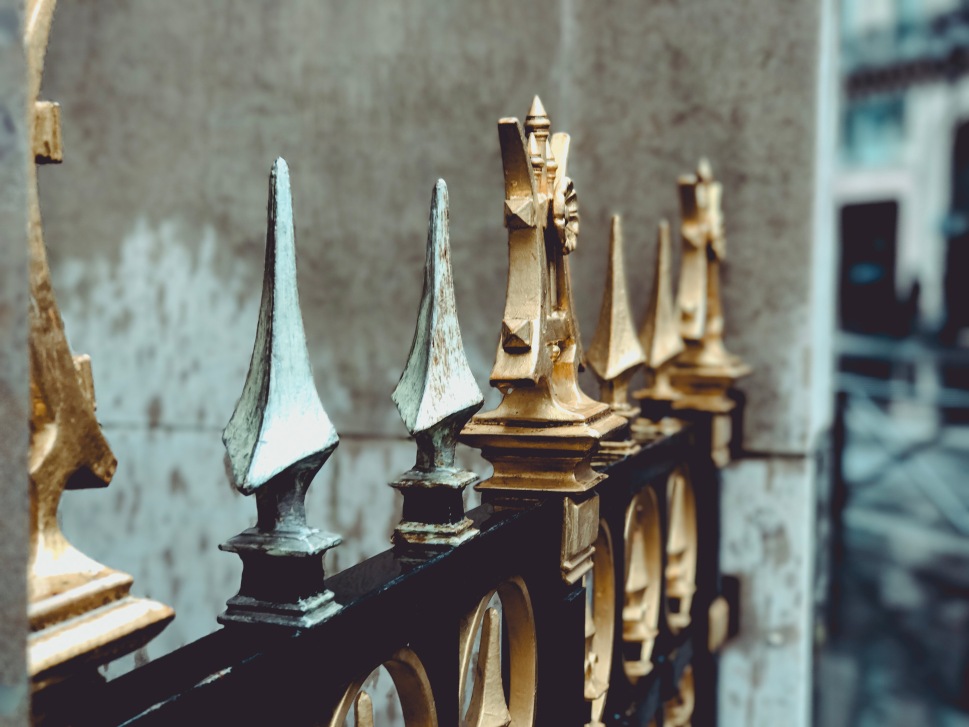 I’ll finish with a fun screenshot of my camera roll that proves not only are bloggers serious creatures, but that we’re a bit obsessive too. 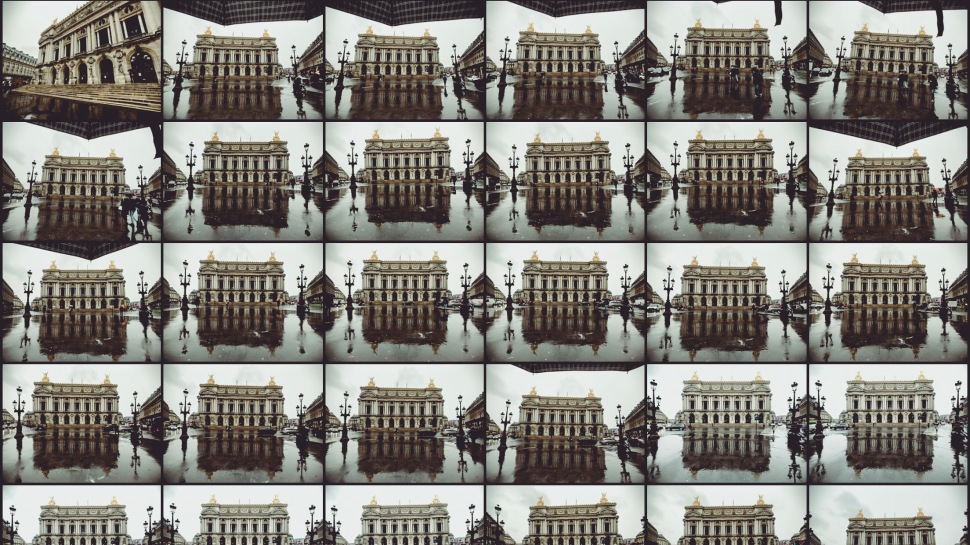 Sometimes the hardest thing about a blog post is choosing the damn photos. But again, the day I complain about that would be a sad day indeed. :-)

To request a guided tour of my favorite details around Paris, click here.