I’m not ashamed to admit that I go on cheesy 80’s music sprees from time to time on YouTube. So far I’ve yet to find a better way to so efficiently combine the elements of childhood nostalgia, fuzzy VHS video, enormous Fraggle Rock hair, and judgmental comments—all without having to fully dress myself.

That’s how I came across a music video of Howard Jones, a name not immediately recognizable, but he definitely made his mark on your radios back then with hits like No One Is to Blame and Things Can Only Get Better. It was YouTube’s screen capture of his What Is Love video that stuck out to me, as I recognized one of the historical Wallace fountains he’s standing by. Could it be? Howard Jones in Paris, yeah!

It’s a treat to see places I know so well as they looked back in the 80’s, back when I was so young I barely knew other American states existed, let alone a far-off place like Paris. But I’ve managed to broaden my horizons a bit and it seems I’ve unknowingly walked in this video’s footsteps quite a few times over recent years. So just for fun, let’s trace its path through the city, with some of my own photos for comparison.

The video starts in Montmartre, at the Art Nouveau-style métro station of Abbesses. 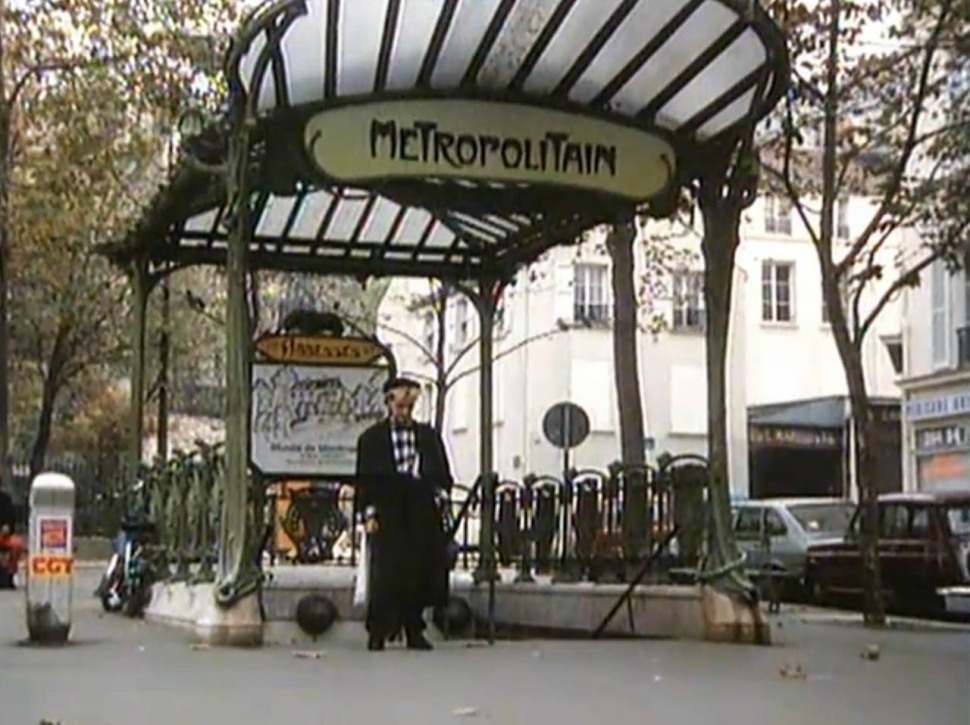 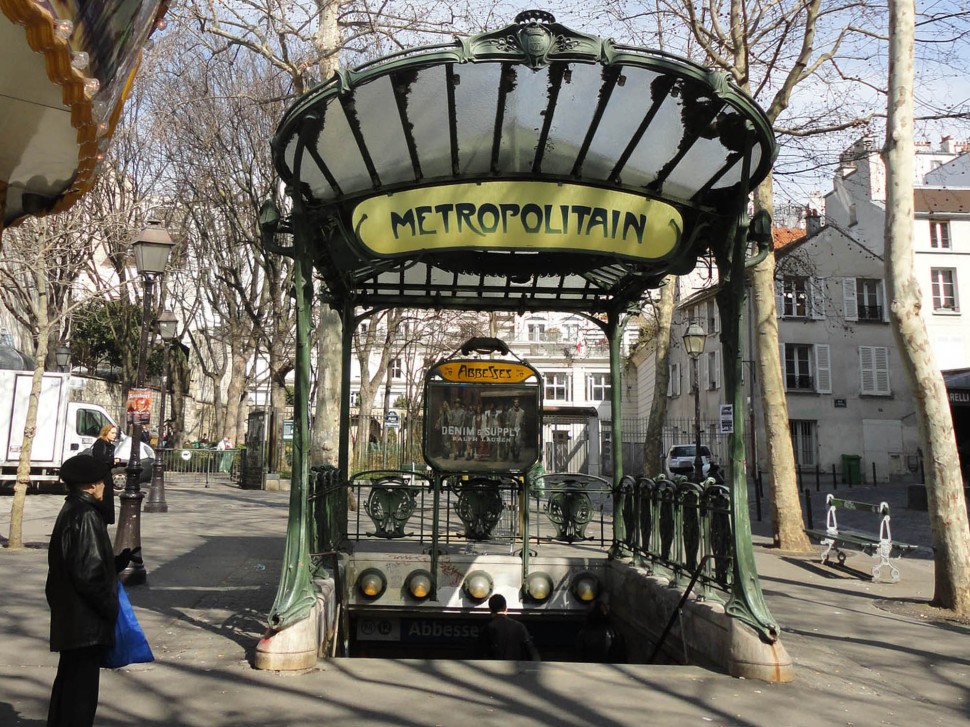 I used this exit just a few months ago and found it has an extraordinarily ridiculous amount of stairs to get to street level, which you’re warned of ahead of time thanks to a plaque at the beginning of your ascent: “The Abbesses station is one of the deepest of the subway system (118 feet), and is the only one that exits directly to the top of Montmartre”: 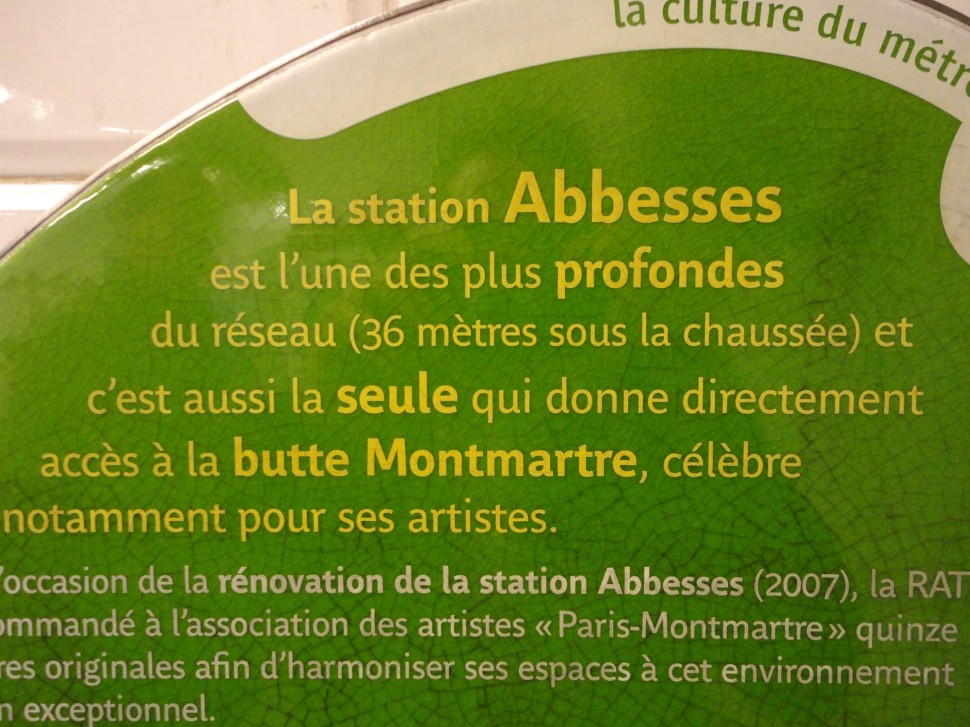 So thinking back to the video it’s pretty clear to me: either Howard Jones is faking his exit from the subway or he’s got a diaphragm of steel to be singing after that kind of workout!

He then makes his way north to the green Wallace fountain mentioned earlier, in the small park in front of Picasso’s studio Le Bateau-Lavoir. My picture of the fountain happens to be from the opposite angle, but you get the idea. 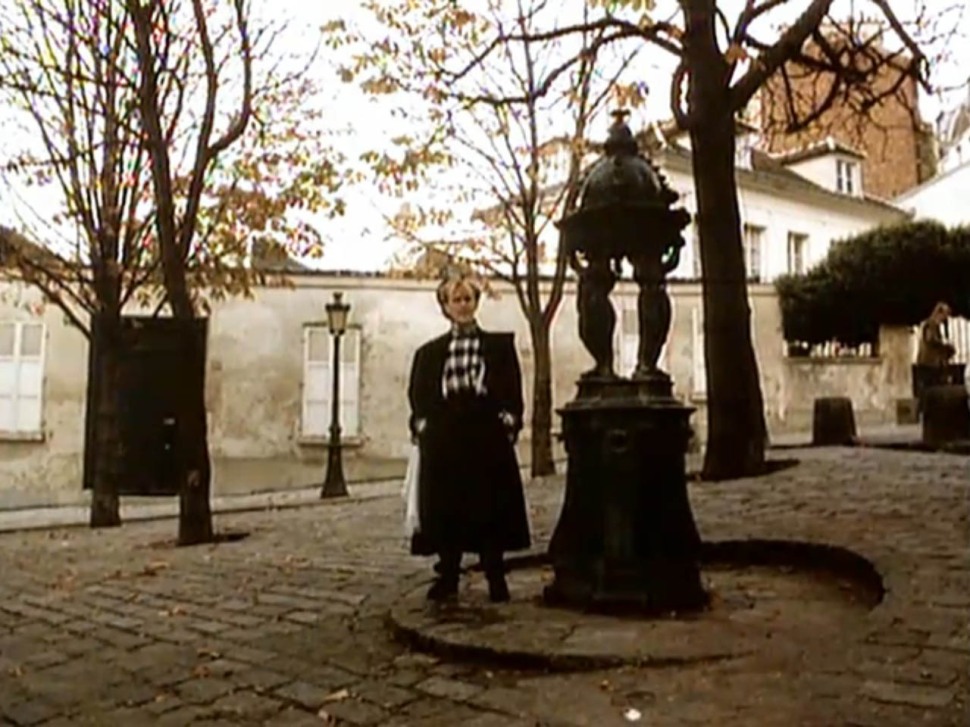 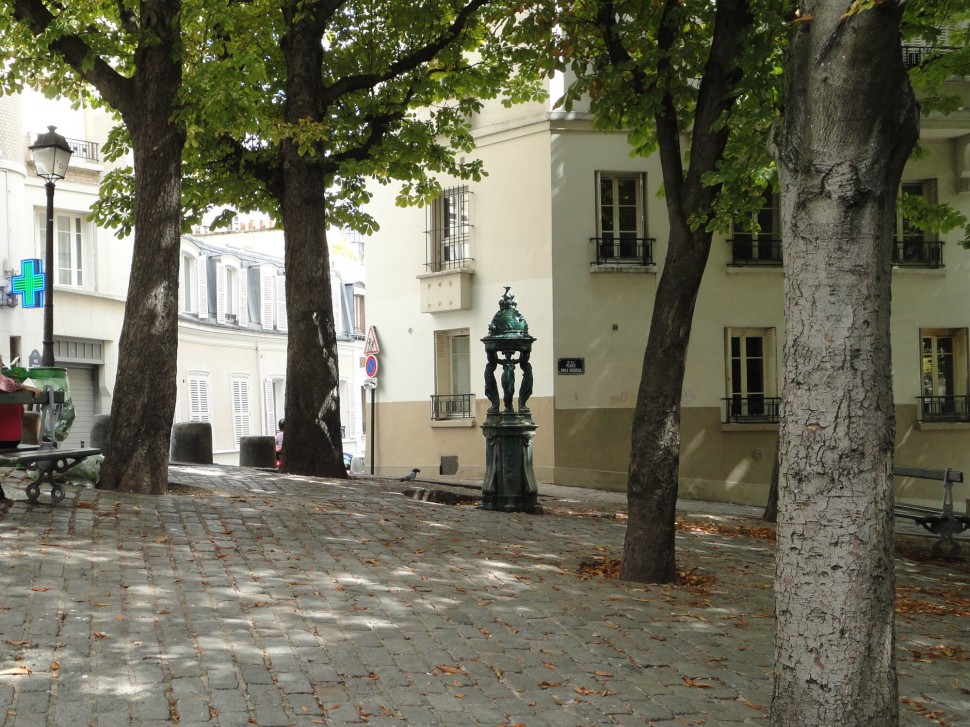 He then hops on the 12 train and eleven stops later hits up the Luxembourg Gardens, where we see the beige-colored ancestors of today’s green chairs that the park is known for. I think I prefer the antique-looking chairs in the video; no doubt a few of them can still be found in the city’s flea markets. 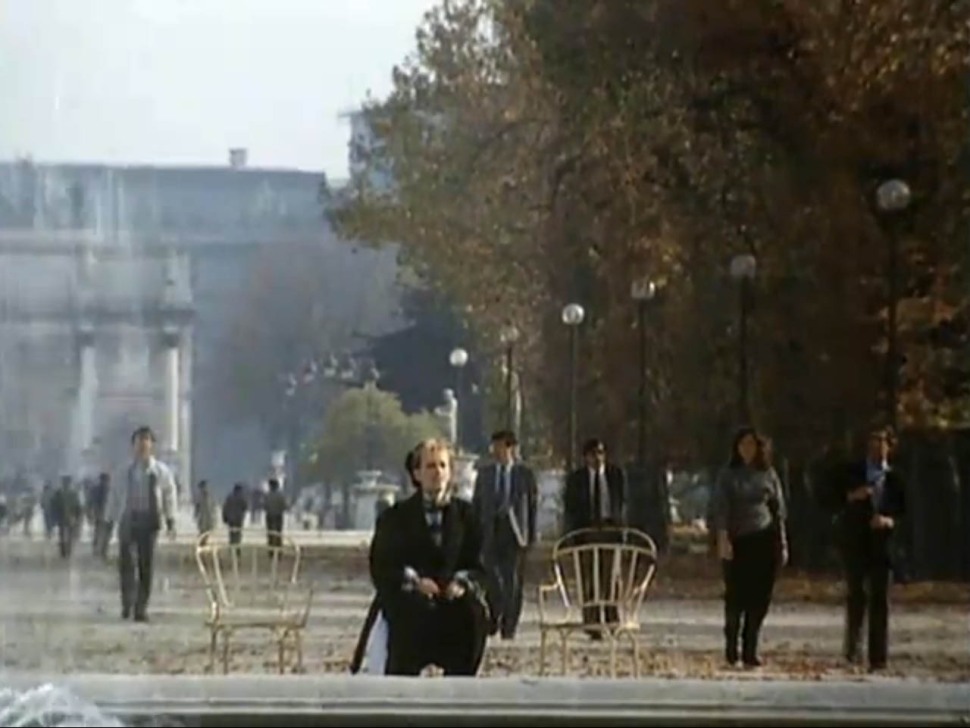 At the same time we see a mom and her son coming down the medieval street of Rue des Barres, which is the best part for me because it happens to be my favorite street. The church seen in the background is St-Gervais-St-Protais, a building which makes this street a lovely meditative spot and one I’ve photographed before for my post Striking A Chord (warning: extreme VHS quality below!). 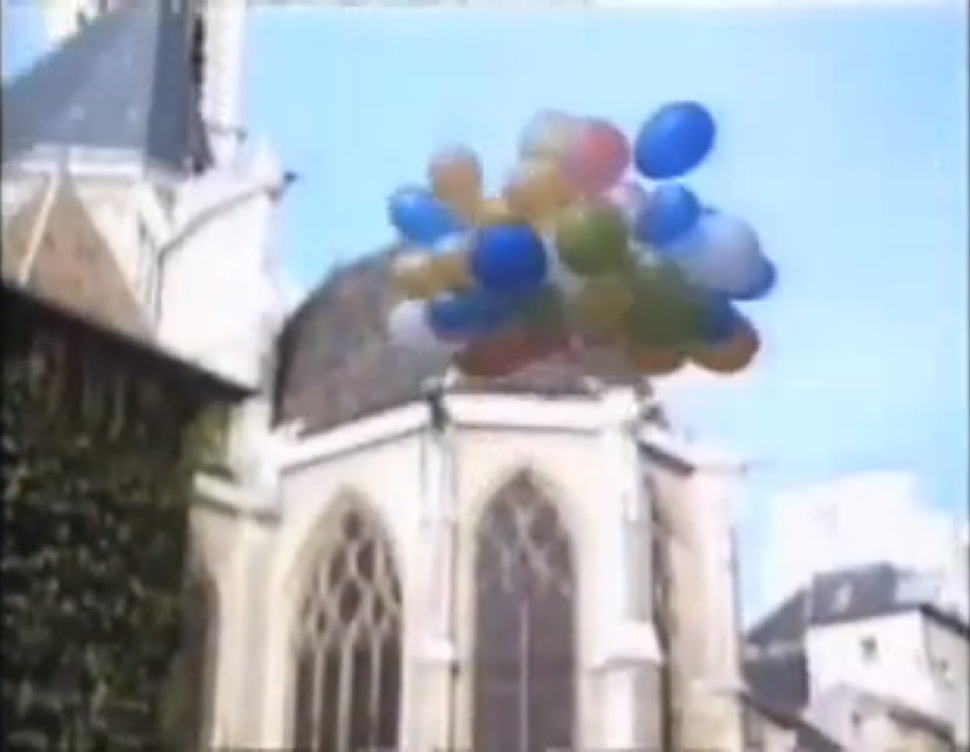 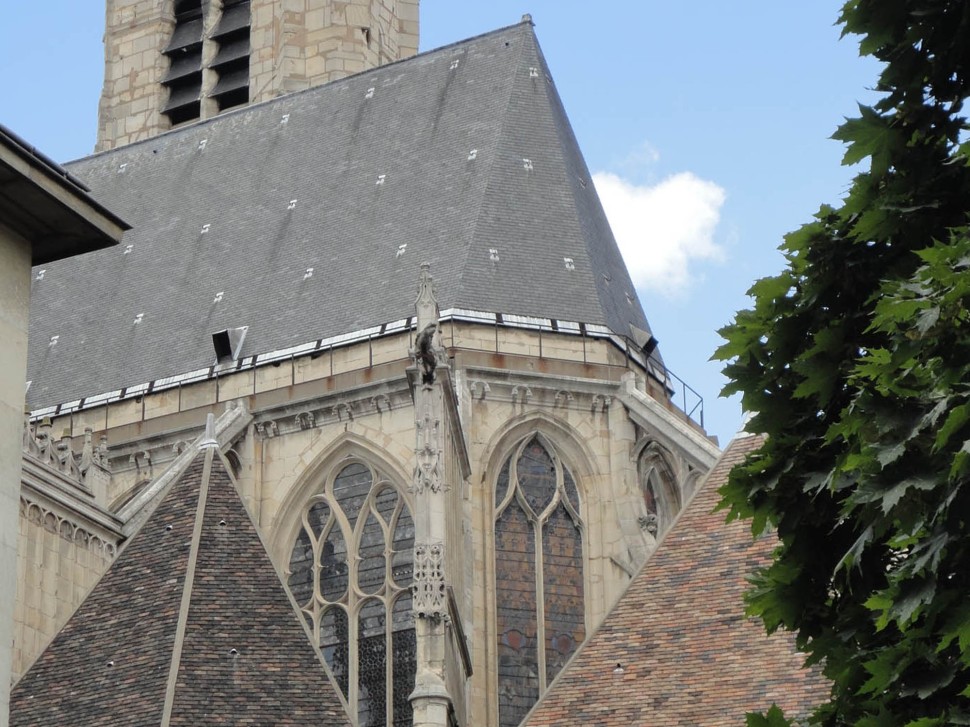 As the video comes to a close Jones does his thing in front of a night shot of Hotel de Ville, just around the corner from where we see the kid lose his balloon. The street lamps here are the only ones left of this style in the city, making it clear that the location is Hotel de Ville, and perhaps also proving that I’m a super Paris nerd if I can recognize a place by its lighting fixtures. 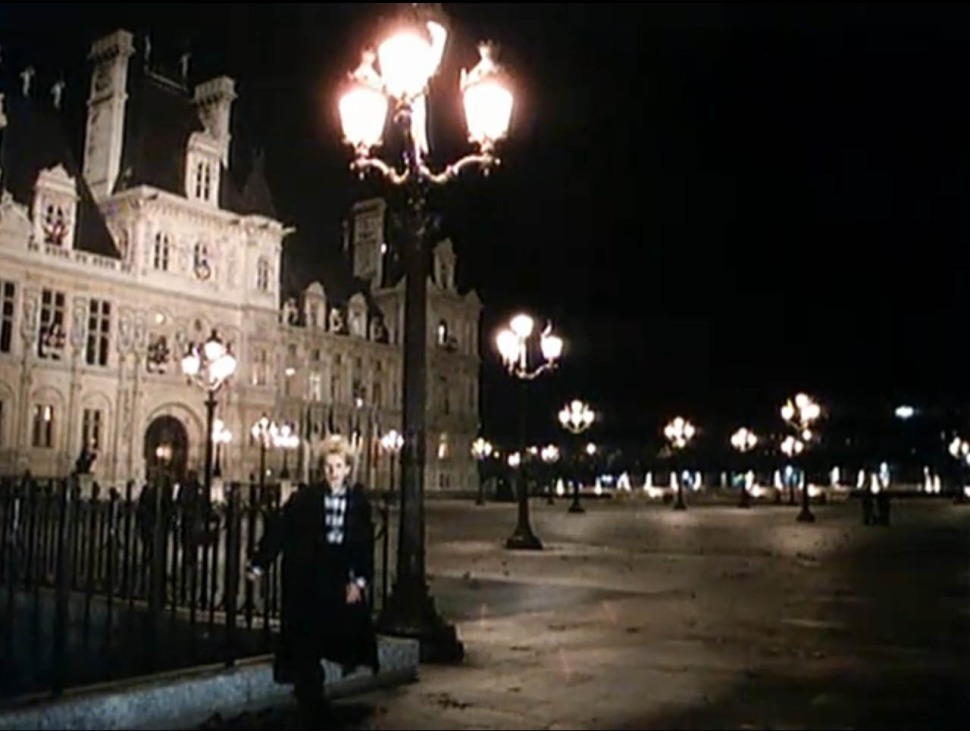 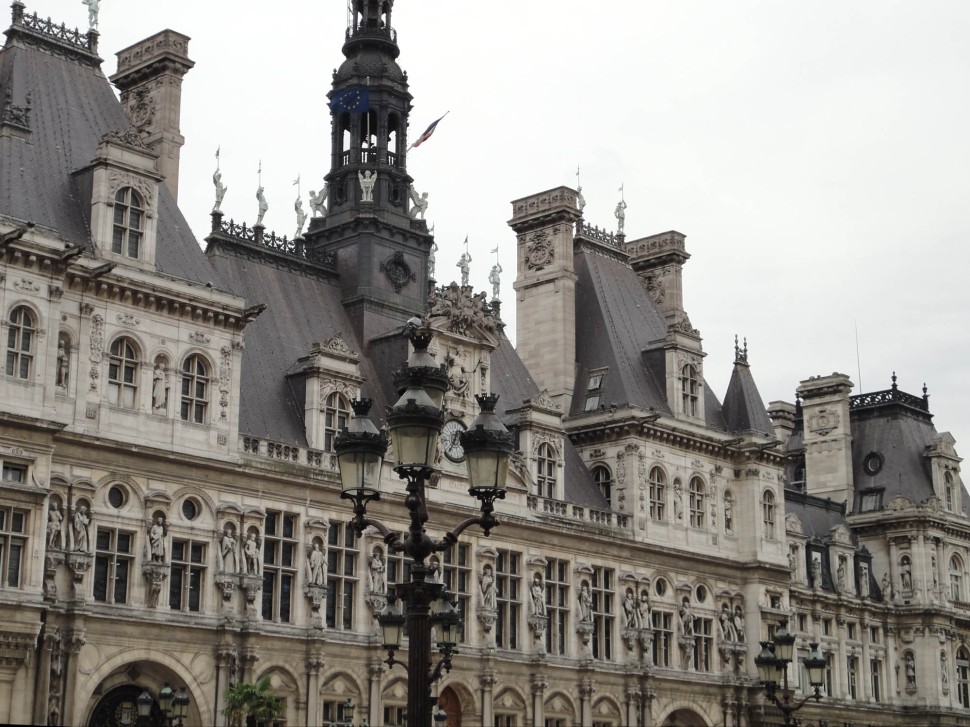 So those are the video’s location highlights as I see them, and as always it’s interesting to see Paris through the filter of another era. Even if it was just a few decades ago, having been young and impressionable during the 80’s I find anything from that time period a bit magical and nostalgic, and seeing some of my favorite hangouts in an old clip like this was a fun for me.

It wasn’t the first music video to use the city as a backdrop, nor was it the last—Adele’s Someone Like You comes to mind…which, as I’m realizing now, takes place on the same bridge where Charlotte and I spent a romantic moment a couple of nights ago, the Pont Alexandre III. Jeez, can’t I do anything original? 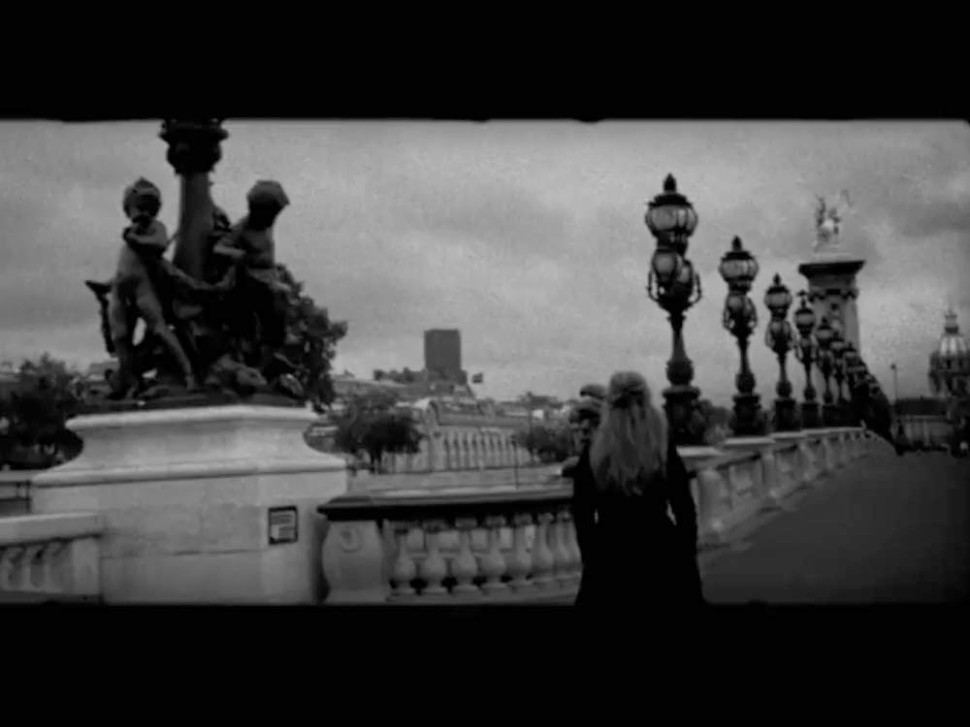 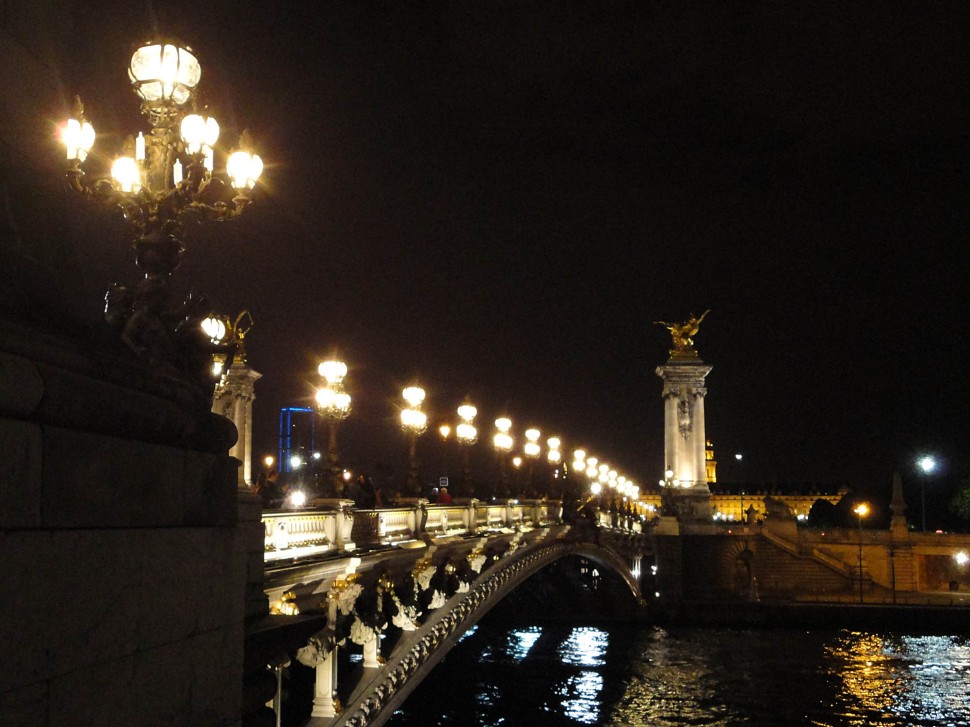