I went the Pont des Arts today with the intent of bidding good riddance to my city’s love locks. Instead, to my surprise, it turned into a fond farewell.

It was charming enough, the original idea in 2008. Write a message on a padlock with a loved one, hook it to the bridge’s railing, and toss the key into the Seine as a symbol of an unbreakable bond. Unfortunately—and this is a fact I’m reminded of every time I’m in front of a pint of Häagen‑Dazs —you don’t know you’ve had too much of a good thing until it’s way, way too late. 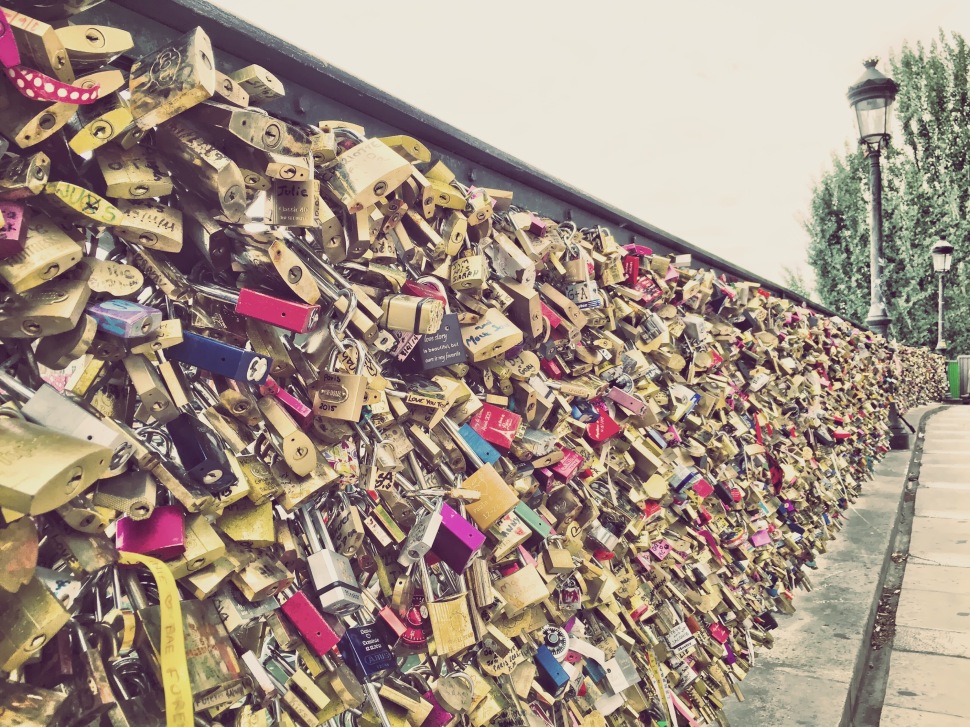 The stats? 11 Parisian bridges currently supporting 1 million locks, weighing in at around 50 tons. That’s a lot of scoops of Butter Pecan right there.

Having reached its breaking point (literally, in fact) the Pont des Arts is now officially becoming a lock-free zone. City officials are replacing them as we speak with temporary panels adorned with commissioned artwork, which will in turn be replaced in October with permanent anti-graffiti Plexiglas. I biked over to check out the bridge’s transformation.

Personally I’d grown to resent the locks, having passed by them daily while lamenting the detriment to this historic neighborhood. And I still wholeheartedly support their removal.

But I have to admit there was a different feeling at the bridge this time: a vague sense of the end of an era. In a way it was like witnessing a historic moment—as miniscule as it may be—in a city that’s built upon historic moments. Like me, others seemed to be grabbing one last look at the remaining panels before they too were sent to the chopping block; paying their respects to the condemned as it were. 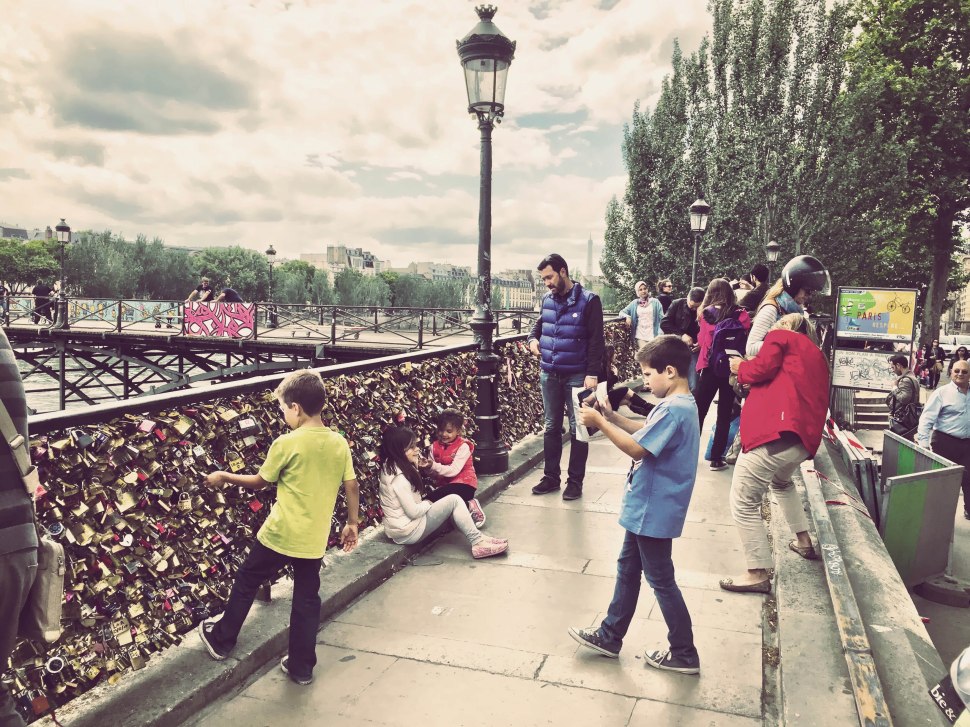 Added to this were the voices of the locks themselves, with messages that I had trained myself to avoid in past years but which now sounded like distant murmurs from long-gone lovers of Paris. What yesterday felt like foolish touristy chatter became today a bit more human. 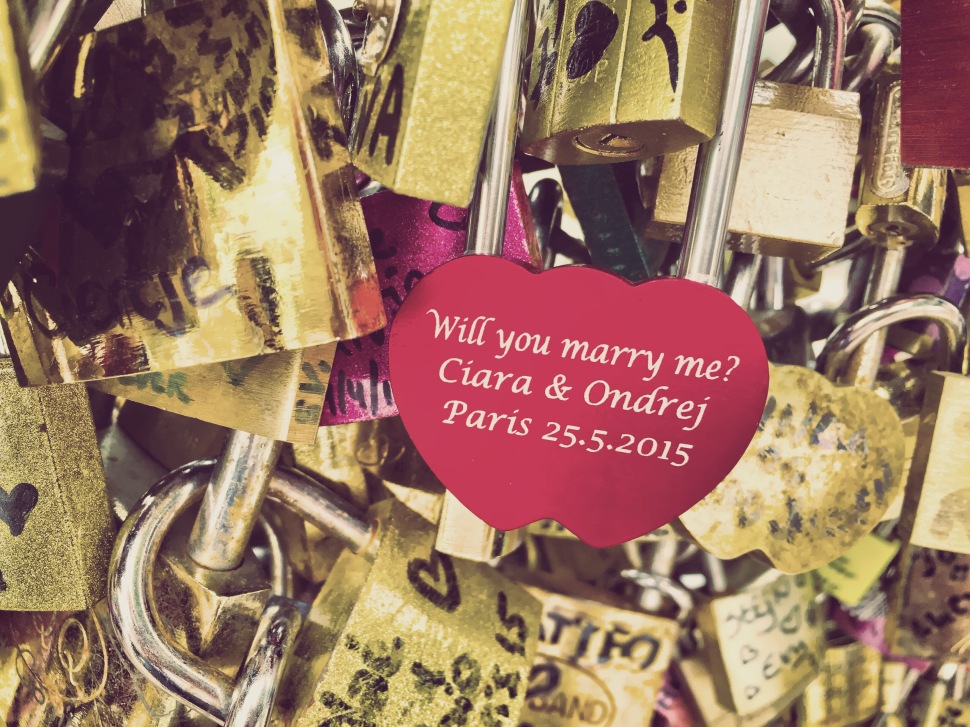 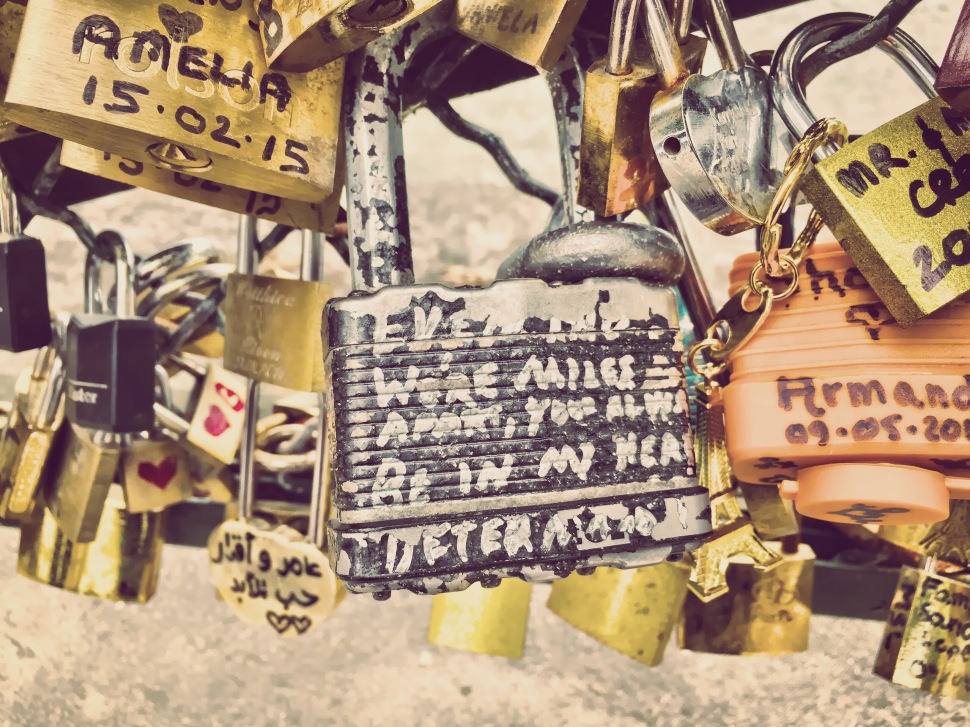 I guess it shouldn’t be a surprise: while the attaching of a lock was for many an empty vacation gesture, enacted with about as much authenticity as those snapshots of Mona across the street, for others it was a chance to tell a mother she was appreciated, or to finally garner the courage to propose to the girl of your dreams.

There were surely also locks dedicated to the dearly departed, to the soon-to-be-born, or to the kind of hopeful promises you make to yourself when you’re lucky enough to be inspired by Paris. Dotted sporadically within those bulky bulges of brass and steel were real dreams. Actual love, go figure.

I wouldn’t say it changed my mind regarding their removal, but the love locks of Paris did manage to say something to me today, something I didn’t expect. I wouldn’t be surprised if in the future, when crossing over a pristine metal-free Pont des Arts, I give an occasional tip of the hat to a few of those distant murmurs. 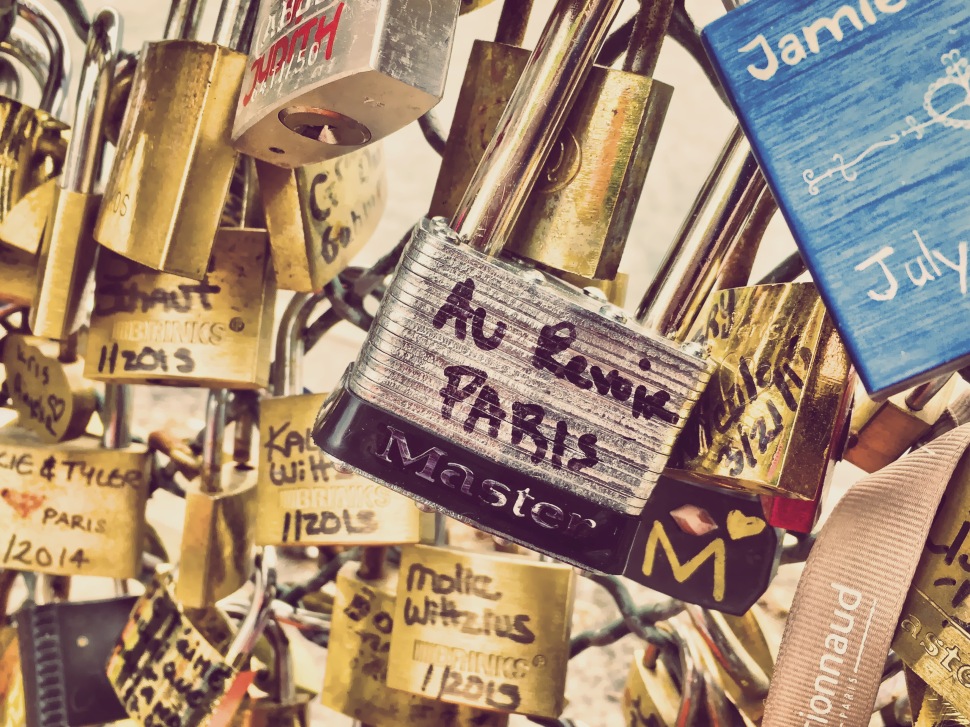 Leave a Reply to Ellen A. Cancel reply