Hello fans and followers and those in between! Sorry for the delay on the “How I Saw Paris” series. I promise I haven’t been slacking; designing the French Frye business card, working on social media, giving tours, and doing podcast stuff has taken up oodles of time. But another photo set is on its way, promise!

Speaking of the podcast that’s why I’m coming to you today. I hope you’ve enjoyed my spots on the Earful Tower, where at the end of each episode host Oliver Gee invites me in the studio for a Paris story. But I realized: as much as we’ve worked together, how well do I really know Oliver?

Clearly it was time for an old school Q&A, and I found his answers to be intriguing right out of the gate. I hope you do too, and stay tuned at the bottom for a podcast announcement. Here’s my interview with Oliver: 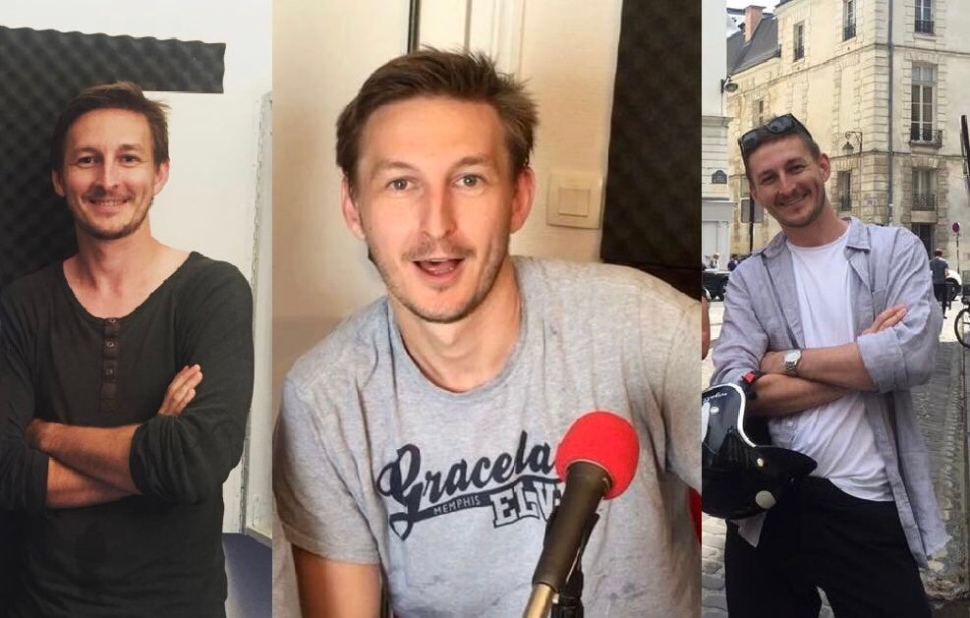 1. Let’s start at the beginning: how did an Aussie like yourself end up in Paris? Any story there?

It seems to me that a lot of people come to Paris for love. I came for hate. I came as a journalist to cover the Charlie Hebdo terror attack. It was a very rocky way to start a life in Paris, I can tell you that for free. I don’t know how to say “jumping into the deep end” in French, but that’s how it felt.

2. How did the idea for The Earful Tower come about?

I knew a producer at World Radio Paris who was looking for new shows and I volunteered. There was this big meeting with all these people who wanted to start shows, and everyone introduced themself and their idea. I said “I’m a journalist and I wanna do a show that has absolutely nothing to do with news”. They all laughed at me. Who’s laughing now? 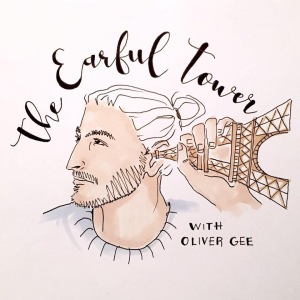 3. It’s not the only Paris podcast floating through the ether these days. What do you think makes this one different?

That’s true, there are loads of people getting into it or planning to and I love it. I’ve had some of the other podcasters on my own show too, check them out! What sets mine apart, I think, is the absolute lack of a script. I go for a very natural conversation, and often tell the guest to interrupt me if they feel like it. Some podcasts are very scripted – and that can work brilliantly – but I wanted to stay as far away from that as possible.

4. You have a background in journalism and content production, but this is your first foray into podcasting. Anything that was harder than expected? Or easier?

I’ll tell you the hardest thing – it’s getting guests. I’ve been very lucky to have had some awesome guests, but I am gobsmacked by how often people just don’t respond to my interview requests. It’s much easier to get to people when you work for a news site that they’ve heard about before.

5. It’s cliché but I gotta ask: your ideal day in Paris? My ideal day in Paris is any in which I’ve done or seen something new. Like the other day I went inside the Saint Sulpice church for the first time after walking past it so many times and I was floored. It’s like a world-class museum and it’s free – and it’s just sitting there to be found. There’s just so much in this city to discover, so any day I tick another thing off the long list is a good one.

6. Any future plans for the podcast?

In the near future I’m gonna host some live shows, where people buy a ticket then come along and see a cool show, meet the guest, mingle, win prizes, and have some champagne – and of course support the show. Longer term, I’d LOVE to do bigger episodes that are more than just an interview. My dream would be to travel across all of France and share stories from all six corners of this old Hexagonal country. All I need is the budget. Watch this space. 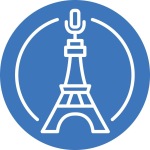 Speaking of Oliver’s future plans it’s announcement time: on November 15th he’ll be hosting the first live episode of The Earful Tower straight from the heart of Paris! That means you can come hang out with him, myself, and guest author John Baxter for a couple hours of fun and hijinx.

As a member of the live audience you’ll be able to meet and mingle with other fans of the show and who knows, maybe meet a couple of soul mates in the process. Oliver’s also promising prizes, alcohol, nibbles, and a book signing by Baxter – so plenty of reasons to show up! If interested you can grab tickets here.

If you can’t join us November 15th, here are some Earful Tower episodes to get you in the Paris mood. First, yesterday’s Left Bank episode where my “Corey Story” involves a dead cat and a satanic priest:

And if you never caught my episode about the 20 arrondissements (the one that launched my involvement with the show) set aside a half-hour and dig into this:

Happy Paris dreaming to you all and I’ll catch you on the next one!